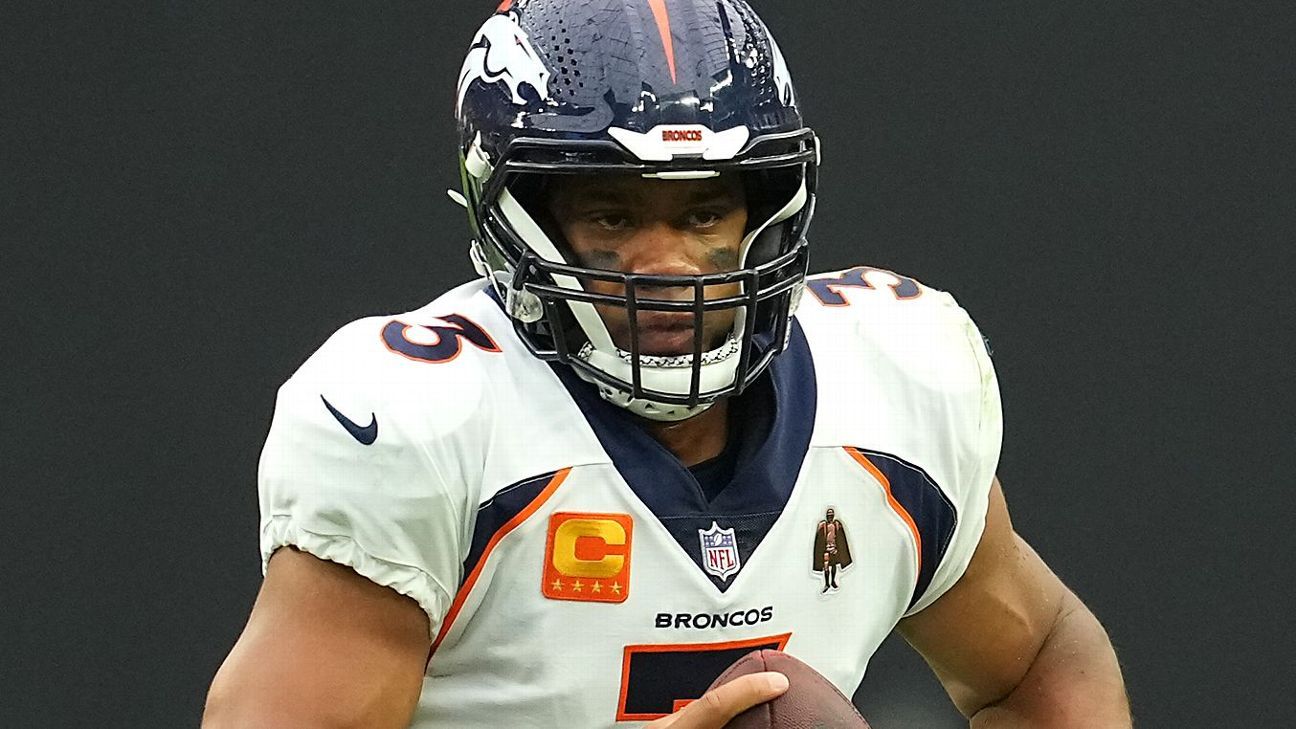 ENGLEWOOD, Colo. -- Though Denver Broncos quarterback Russell Wilson was officially listed as "limited" on the team's injury report for consecutive days this week with a right shoulder injury, Wilson said Tuesday he expects to be a full go for the Broncos' Thursday night game against the Indianapolis Colts.

Wilson, who had his first three-touchdown game as a Broncos quarterback in Sunday's loss to the Las Vegas Raiders, has been listed on the team's lengthy injury report over the last two days. By league rules, though the Broncos have only had walk-through practices, they had to project what players' statuses would be if they had practiced fully.

As a result, Wilson was listed as limited both Monday and Tuesday. He led the team in rushing Sunday with 29 yards on four carries, including a 3-yard touchdown run. He landed hard on the scoring run as well as on a second-half scramble when he tried to reach the ball past the first-down marker.

"Doing good, hanging in there," Wilson said. " ... You get banged up a couple times here and there."

Asked if he was confident he will play Thursday night, Wilson said "Yeah, I'm super confident."

The Broncos are one of a cluster of teams at 2-2 and exited Sunday's loss against the Raiders with a heavy toll as running back Javonte Williams and outside linebacker Randy Gregory were both moved to injured reserve this week with knee injuries they suffered in the game.

The Broncos had four players listed as "did not practice" on Tuesday and had 12 players overall listed on the injury report.

Williams, who is the team's leading rushers and was one of Wilson's favorite go-to guys in the passing game over the first three games of the season, will miss the remainder of the season.

"Definitely devastating for [Williams]," Wilson said. "A guy that you know he's going to come back stronger, a guy that works his butt off every day."

Wilson, who has struggled at times with the transition into the Broncos offense -- especially in Weeks 2 and 3 against the Texans and 49ers, respectively -- threw for two touchdowns and rushed for another Sunday against the Raiders.

Asked what would constitute progress for him and the team Thursday, Wilson said, "Winning, that's it, that's all that really matters. [Be] great on third down, great in the red zone, at the end of the day you put on the pads and the cleats to win."