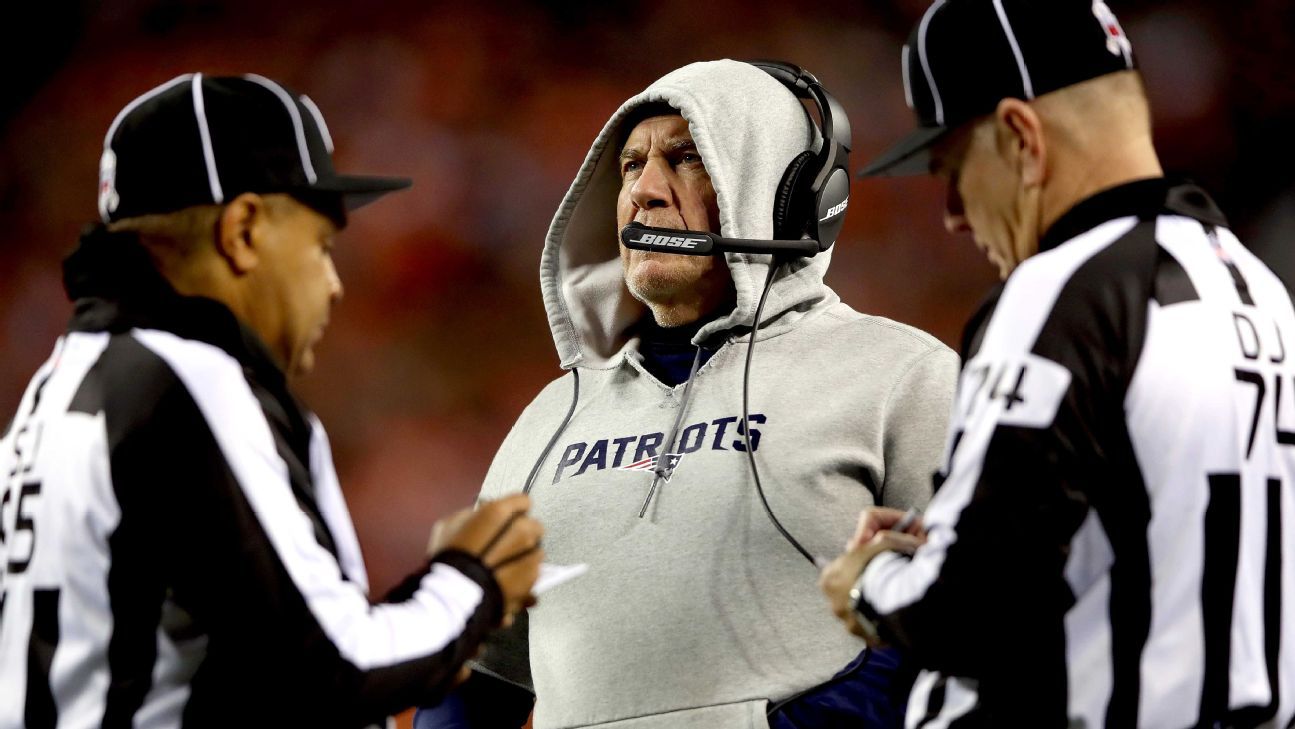 Belichick did so after being asked about a key play in the Minnesota Vikings' thrilling 33-30 overtime victory over the Buffalo Bills, in which Buffalo receiver Gabe Davis' 20-yard catch with 17 seconds remaining in the fourth quarter wasn't reviewed by officials.

NFL Senior Vice President of Officiating Walt Anderson later said the play -- which was critical in setting up a tying field goal to send the game into overtime -- should have been reviewed and ruled incomplete.

The NFL doesn't allow coaches to challenge plays under two minutes, in part so they aren't allowed to manipulate challenges strategically to stop the clock.

"Provided the team has a challenge, they should have the opportunity to challenge really any play. I'm on record on that," Belichick said in his Monday videoconference.

In a Monday interview on sports radio WEEI, Belichick added: "There have been other examples of that, plays that have occurred in situations where teams couldn't challenge because the rules prohibited [it].

"I get forward progress, and things like that, that you can't challenge. I'm not talking about that. I'm saying not having the ability to challenge a play that could impact the outcome of the game -- even calls like holding and pass interference and things like that -- I don't see why those plays can't be reviewed [by coaches' challenge]."

Belichick is in his 48th season coaching in the NFL, his 28th as a head coach, making him one of the more influential voices on league matters.

First-year Minnesota head coach Kevin O'Connell, who was drafted by Belichick in 2008 as a quarterback, said of Davis' reception Sunday: "It was right in front of me. I didn't think that was a catch. In that mode, that needs to be something that either is from up top [in the press box with the replay official], or possibly New York [at the replay center]. We didn't get any clarification on that. I did ask."

As for Belichick, whose team was off over the weekend, he often prefers to keep his comments on NFL rules private among coaches at the league's annual meeting.

After sharing his thoughts on the Davis play Monday, he added: "The rules are the rules. The competition committee and the league votes on those rules. Whatever they are, that's what they are."