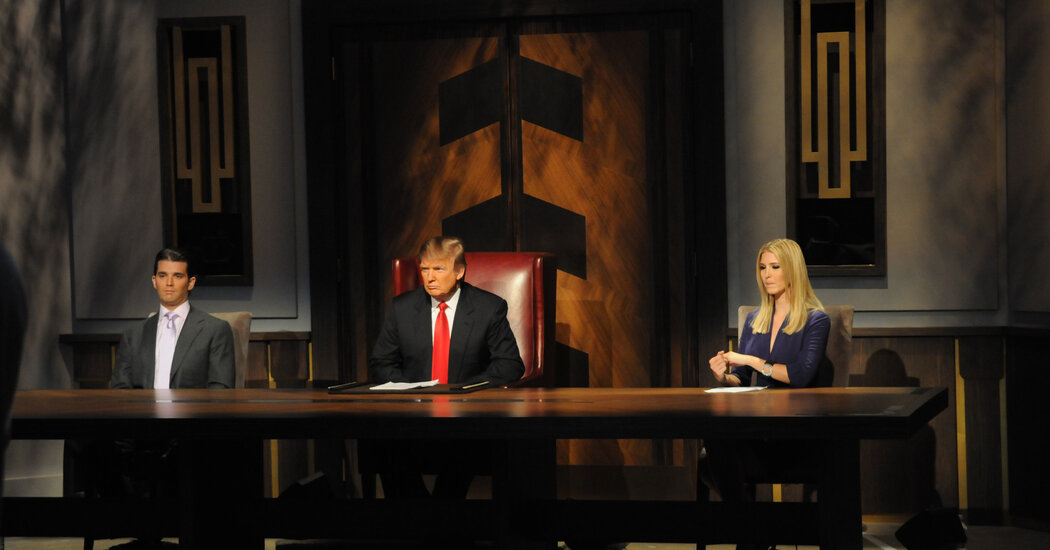 Donald J. Trump’s greatest success as a businessman, it turns out, was playing one on TV.

It’s always been obvious that hosting “The Apprentice” was crucial to the president’s eventual political fortunes. But as a Times investigation into more than two decades of his tax data details, the NBC reality show was also the better part of his actual fortune.

More than a decade after a business-near-death experience in which Mr. Trump’s debts collapsed on him, “The Apprentice” and its associated licensing deals earned him $427.4 million (which he would then largely sink into unprofitable businesses).

Making real money led to real tax bills that he took extraordinary measures to escape. The job even induced him to deduct more than $70,000 in hairstyling expenses, because as real estate developers know, gravity-defying architecture doesn’t come cheap.

But the series, in which Mr. Trump starred from 2004 until 2015, when he announced his campaign, was based on a carefully constructed, stage-managed pretense: that Mr. Trump was already on top of the world.

B12 New York State • Part-time about 2 months ago