Before Embracing an America-First Agenda, David Perdue Was an Expert in Outsourcing - 2 minutes read 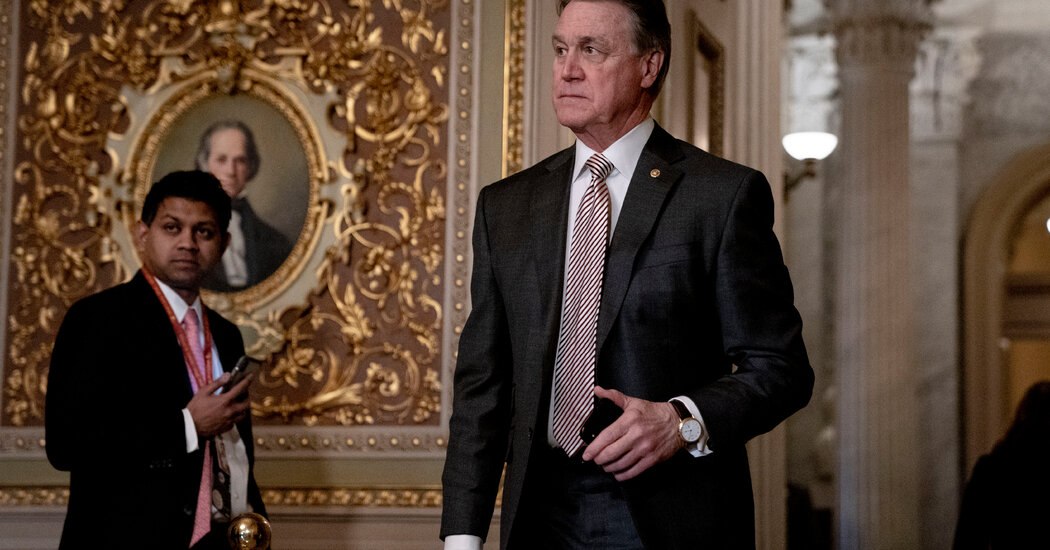 When Mr. Perdue decided to run, he recruited top aides from his cousin’s campaign staff. “David’s team was Sonny’s team,” said Jack Kingston, a longtime Republican congressman who also sought the vacant seat. Sonny Perdue, he said, was “very instrumental” in his cousin’s campaign.
For all that, David Perdue branded himself “the outsider”— the man with the real-world business savvy needed to effect change. The Republican primary was crowded with well-known and seasoned politicians, and Mr. Perdue attacked them for their seasoning, portraying them in ads as ineffectual, mewling babies.
"We were hoping that we could find an Achilles heel — he’s lazy, he’s going to say something stupid,” Mr. Kingston said of the campaign. “We found him to be pretty disciplined and hard-working. I have to give him good marks.”
After defeating Mr. Kingston in a primary runoff, Mr. Perdue went on to face Ms. Nunn, an executive at a nonprofit whose father, Sam Nunn, was a former Democratic senator from Georgia. Though both candidates benefited from famous family names, Ms. Nunn thought she might gain the upper hand by focusing on the negative effects of Mr. Perdue’s embrace of globalism.
A month before the election, a transcript surfaced of a nine-year-old deposition in which Mr. Perdue said he had spent “most of my career” outsourcing. Questioned by reporters, Mr. Perdue replied that he was “proud” of that record. “This is a part of American business, part of any business,” he said, adding, “People do that all day.”
Ms. Nunn pressed the point in her ads and on the debate stage. But she was the underdog, and 2014 proved to be a bad year for Democrats, burdened by a lack of enthusiasm for President Barack Obama and his signature legislation, the Affordable Care Act. Mr. Perdue blasted Mr. Obama’s handling of the Ebola virus crisis, and vowed to repeal Obamacare. He practically waltzed to victory.
The outsider arrived on Capitol Hill pushing a term-limit plan and railing against “career politicians,” to the annoyance of his fellow Georgia Republican, Senator Johnny Isakson, according to two people familiar with the views of Mr. Isakson, who had spent many years in politics and was gearing up for a third Senate run.