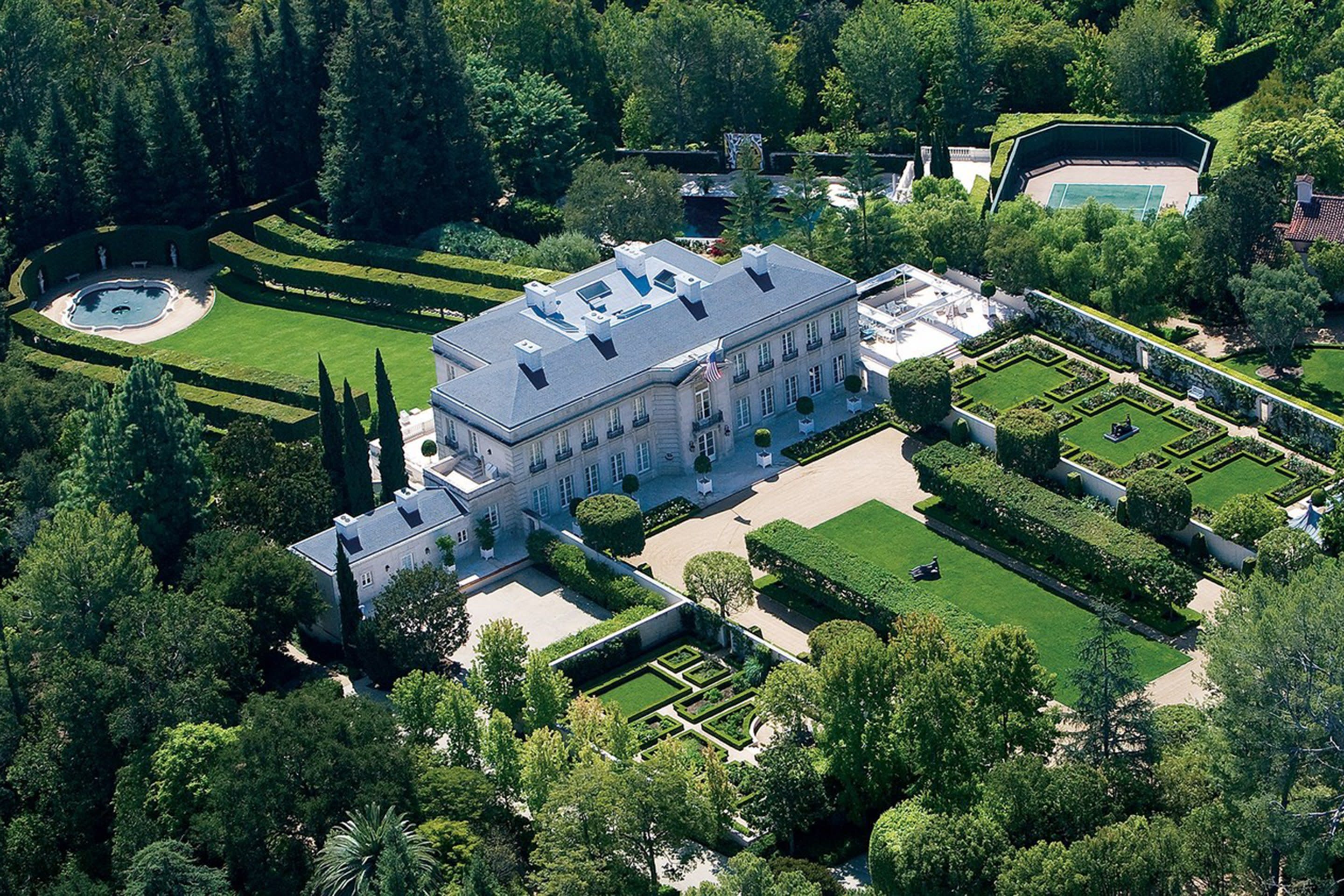 The house that was featured as the setting for The Beverly Hillbillies has been on the market for roughly two years and has yet to secure a buyer. And now, the owners have dropped the price—again—by $50 million.

The 10.4 acre estate, with a 20,000 square foot main house and a 5,700 square foot guesthouse, actually belonged to A. Jerrold “Jerry” Perenchio, the media tycoon who sold Univision in 2007 and had a hand in the production of 1970s sitcom hits including The Jeffersons and One Day at a Time. Perenchio died in May 2017.

It’s about as upscale as posh real estate can get, with 11 rooms (including five in the guest house), a 75-foot pool with pool house, tennis court, and parking for 40 cars in the garage. And that’s not even including the 12,000 bottle wine cellar.

The mansion, which is being marketed by Jade Mills of Coldwell Banker Residential Brokerage, might have seen its price tag slashed, but it’s still the most expensive house on the open market in Los Angeles these days.

Swimmin’ pools and movie star neighbors ain’t cheap, after all.

—Here’s when most economists think the next recession will happen

—There are now three people worth over $100 billion

Subscribe to Fortune’s CEO Daily newsletter for the latest business news and analysis.