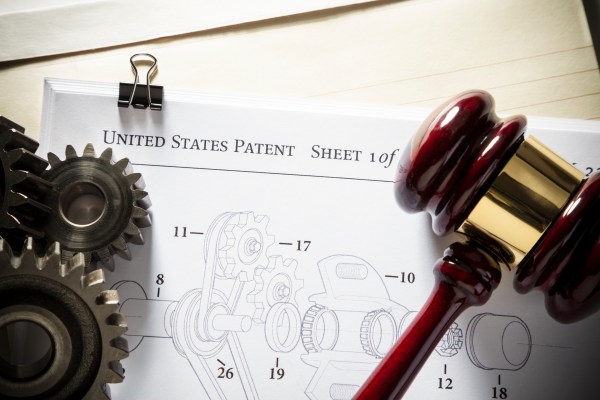 One year in, the COVID-19 global health pandemic continues to have something of a dragging effect on many aspects of life. But today, a key bellwether for how technology is developing underscored how the industry continues to march on. The number of patents granted in the U.S. in 2020 totaled 352,013, representing a decline of just under 1% compared to the year before (the final tally for 2019 was 354,428 patents granted).

At the same time, patent applications rose almost 5% last year, a sign of how future years will likely see a boost in numbers again, according to figures from IFI CLAIMS Patent Services, which tracks applications and trends in patents at the U.S. Patent and Trademark Office. As with previous years, IBM led the pack in terms of number of patents granted in the year, but Samsung, in aggregate, continues to hold the most patents of any company.

“Overall, U.S. patent activity was down slightly last year, despite the pandemic. This is a minor downward tick in what’s been a largely upward trajectory we’ve seen over the past decade, and it’s still 13 percent higher than what we saw in 2018,” said Mike Baycroft, CEO of IFI CLAIMS Patent Services, in a statement. “Another positive indicator is that published pre-grant applications saw a nominal increase in 2020. But we’ll have to wait at least another year before we can determine if the pandemic had any impact.”

Patents, and lawsuits related to the infringing of them, have been part of a bigger theme for a number of years in the world of technology, with companies like Apple and Samsung, and Oracle and Google, using these against each other as an analogue for their larger commercial competition.

While the heyday of employing those tactics appear to be mostly over, at least for the moment, patents still play a vital role as an indicator of the way that tech is developing: they point to the pace of innovation, who is taking the lead in that on a foundational basis, and what kinds of areas are driving the future of tech in a more general sense.


In that regard, 2020’s numbers tell us that Samsung continues to keep a very wide margin when it comes to overall number of patents. The company now has 80,577 patents in total, up 5% more than in the year before. It has a very large margin still over the second-biggest patent holder. IBM currently holds 38,541 patents.

To be sure, in terms of activity in the last year, IBM leads the pack still when it comes to the most patents secured in 2020, with 9,130 grants, although this declined 1% compared to a year ago. Samsung was granted 6,415 patents at number two, with Canon Inc., Microsoft, Intel, Taiwan Semiconductor, LG Electronics, Apple, Huawei Technologies and Qualcomm making up the rest of the top-10 list.

While the concept of patents has a long history that predates the rise of consumer electronics, they have seen an ineluctable shift away from physical systems and hardware, and toward the services that run on these, over time. In the last year, the top two most popular technology classes patented, IFI said, were electrical digital data processing and transmission of digital information — the generic names that underpin software and how information and data are stored and processed.

Interestingly, IFI found that “computer systems based on biological models” was the fastest-growing technology on the list, up 67% last year compared to its growth between 2016 and 2020. The category points to the ongoing and huge interest in artificial intelligence, where areas like neural networking and other tech processes based on the mechanics of the human brain continue to be in hot demand, with Google, Microsoft and Intel all major patent winners in the area, IFI said. Alongside that aspect of AI, it said that machine learning, quantum computing, autonomous technology and 3D printing also saw big increases.

As a point of comparison, last year medical and biological technologies figured very strongly, with areas like hybrid plant creation topping the list of trending technology, and CRISPR gene-editing and cancer therapies also figuring strongly. It’s interesting that in a year with a global health pandemic, and unprecedented medical research taking place in the race to find remedies and vaccines, we have seen little of that play out in patents granted, although I’m guessing the results would be different if considering what is being filed. It will be worth watching how this plays out in coming years, along with other trends that made themselves very prominent in the last year, such as e-commerce and cloud computing.

Interestingly, despite the regulatory and public perception setbacks faced by companies like Juul, electrical smoking devices still saw an increase of 55% in terms of patents filed last year. This indicates that there is still going to be a lot of development in the area as traditional smoking continues to be scrutinised and decline, but clearly the addiction does not.