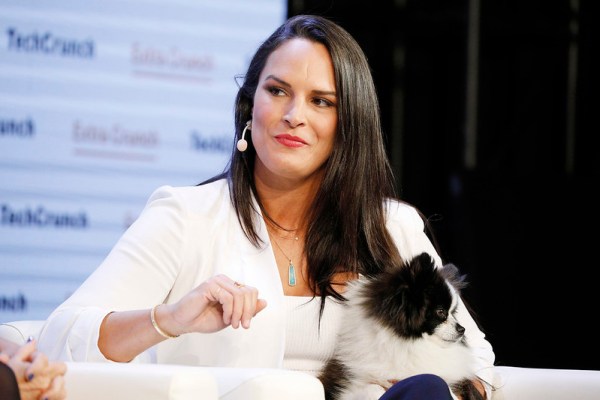 CES parent the Consumer Technology Association created a public relations disaster in January when it unceremoniously revoked an award from sex tech startup, Lora DiCarlo and its product Osé.

“Vela [now Osé] does not fit into any of our existing product categories and should not have been accepted for the Innovation Awards Program,” the organization wrote at the time. “CTA has communicated this position to Lora DiCarlo. We have apologized to the company for our mistake.”

The CTA would go on to apologize and reinstate the award. During a panel today at TechCrunch Disrupt, founder and CEO Lora Haddock told the audience, that in hindsight, “I think they actually did us a pretty big favor.”

Back in May, we noted that the CTA’s apology serendipitously coincided with a $2 million funding raise for the company’s advanced sex toy. Haddock noted that, while the CTA’s initial move was understandably both “disheartening” and “devastating,” the startup’s decision to push back on historical biases, including booth babes and the underrepresentation of female speakers, ultimately became a win.

“We started to really look at some of their policies and recent procedures in the last few years,” Haddock said. “A lot of booth babes products that were on the floor are geared towards male sexuality, but apparently something geared towards a female gaze was frowned upon. So, we fought it, and eventually we ended up winning, we ended up on an international press circuit, we got a ton of ton of coverage.”