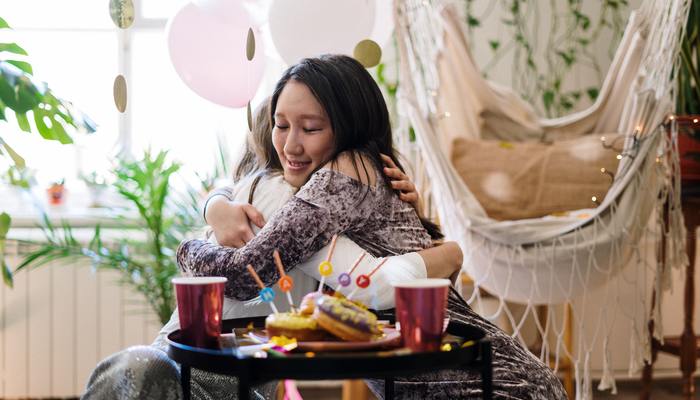 I have had many confidence issues in my life, all of which I have either dealt with or overcome. I have written about some of these issues below.

5. My lack of belief in myself

Even though to some people it may seem trivial, I was born with a bald patch the size of a ten pence piece. As I went through childhood and especially the teenage years I became more and more self-conscious and paranoid about it.

It was especially noticeable when it rained or when I went swimming as my hair would become wet. People at school would ridicule me and I was forever trying to hide and cover the bald patch even though most people knew about it.

It hurt when people laughed at me and eventually I stopped going swimming altogether.

Out of all of my close male family and friends, I am the shortest at 5ft 4. This probably should not influence my confidence however with people continually looking down on me it did. I have been called many names, the nicest being “Shorty”.

I was always jealous of other people taller than I was. I hoped that one day I might have a late spurt. This never came.

My height affected me with sport. I wanted to be a striker at football however the coaches only wanted people over 6ft tall. At snooker I am constantly have to use the rest which makes it difficult to play up to the best standard and at tennis I was constantly being lobbed. It also meant that I only felt comfortable dating women 5ft 3 and under which reduces the available market considerably.

During senior school I was very thin. This may have been the result of my parents turning vegetarian when I was twelve. At the time there were very few replacement foods and it seemed as though we went from having meat and two veg to just two veg.

As my parents cooked the food I had little option but to also turn vegetarian. After a few weeks I approached them and told them that I missed and wanted to eat meat. They were understanding to a degree and said:

At this age I could only really be bothered to cook properly a few days of the week and that gradually became less and less.

People at school would call me names like skin and bone and my weight became another area of paranoia for me.

At the age of four I developed a stutter. This became gradually worse as I became older even though my parents were told that I would grow out of it.

For what fluent people would class as simple tasks like reading from a book at school, answering questions, saying my name and address, ordering items at the bar or in a restaurant, and speaking on the telephone became a constant battle.

It was a very frustrating impediment, as I seemed to be able to talk quite fluently to people I knew well and whom I felt comfortable with, but at other times especially under any form of pressure could not say a word.

At the age of twenty two after about eleven months of sheer hard work and practice I managed to overcome the stutter and I now help other people who stutter to achieve fluency as well as helping people with confidence problems.

MY LACK OF BELIEF

I always had a lack of belief in certain areas.

I would notice a female in a bar for example and would want to go over and talk to her but would have the negative attitude of I’m not good enough, why would she be interested in me? I stutter, I have a bald patch, I have a menial job and I am very thin.

Even if I approach her and am successful, I would then be expected to buy her a drink, possibly phone her, possibly meet her parents, and maybe even get married! The thought of attempting these things with a stutter and with a lack of social confidence was far too daunting for me.

After leaving school at the age of sixteen I now had to find employment. Suffering with a stutter and a general lack of confidence meant that work involving the phone or regular interaction with other people were not really an option.

I decided that I could probably cope with filing duties in an office and eventually gained a position at an insurance company.

I started at the lowest grade, a grade two and the work was routine and mundane. The average time to stay at this level before being promoted was six months. The grade three post involved sharing a phone and this is something I found very difficult to use.

To become upgraded you had to apply in writing to the personal officer and then if you passed the interview were then promoted. My attitude was that if I don’t apply I would stay as a grade two, which is what I wanted. I was probably the only person in the country who did not want to be promoted.

My boss would ask me at regular intervals why I was not applying and I would make up an excuse. To keep him happy I took the insurance exams. After three years I had completed the first qualification which was a set of five exams. To my horror my boss congratulated me by stating that he was upgrading me to a grade three starting Monday without the need of an interview.

This promotion should in effect have given me a confidence boost however with my stutter out of control under the pressure and some of my colleagues mocking me I became more and more withdrawn and depressed.

I would be invited to social events and would make up excuses of why I could not go as I had a lack of belief that I could cope with the occasion and all the socialising involved.

Building a business from the ground up of any size is a difficult and often expensive project. Depending on the aspirations and ambitions of an individual or group, there is an online option that generates millions of doll...continued

Are Affiliates In Demand

Is there a demand for affiliate markets today? Yes, there is great demand. One of the challenges facing the affiliate marketing industry is that it sometimes seems right: advertising that is guaranteed to work or is it fre...continued

Affiliate Marketing Staying Away From Scams

Many of us are sad and frustrated with our current jobs. The feeling of being low paid and worthless makes many of us dream of our own businesses. However the costs match the risk factors that often get stuck on our tracks...continued