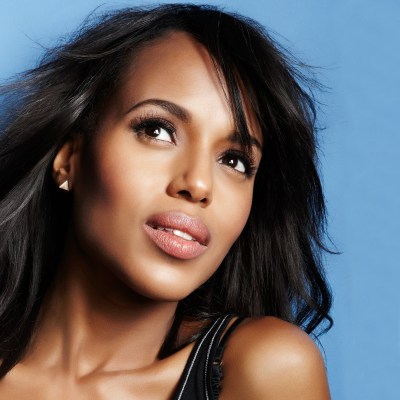 “Scandal” and “Little Fires Everywhere” star Kerry Washington won her first Emmy Award yesterday, but when she joined us at TechCrunch Disrupt today, she was much more focused on her work as an investor.

Washington traced much of her interest in technology to the premiere of “Scandal” in 2012. It had, she said, been “almost 40 years since a Black woman was the lead on a network drama,” which meant that the pressure was high — and that “Scandal” was considered a “bubble show,” with the network “taking a big risk by putting a Black woman in the lead.”

So Washington said she drew on her experience as a volunteer with Barack Obama’s presidential campaigns in 2008 and 2012, and particularly her work with social media organizing, to try to rally support.

“From the very beginning of that show, we leveraged the power of technology to support the show in ways that traditional media wasn’t supporting us — or was waiting to see what the public response would be,” she said. “Really, I think the Twitter-verse allowed us to have a second season, and then we kind of took off from there.”

As for how that led to investing her own money into startups, Washington suggested that she wanted to be more involved.

“When it comes to my engagement with any sort of any creative relationship that I’m in, I’m not really good at having a seat at the table without a voice,” she said. For example, she noted, “I gravitated very quickly in my career … toward being a producer.”

Similarly, she said that using tech tools was exciting, “but figuring out how to have more stake, more input, more creative voice, more ability to impact the technology itself was really exciting for me.”

Washington’s first investment was in female co-working space The Wing, which she explained as being part of her commitment to “ideas of inclusivity and community, celebrating identity in a really inclusive way, supporting women’s voices, supporting marginalized voices.”

The Wing has seen its share of success, but also controversy, with a New York Times article reporting that a number of employees (particularly women of color) felt that they had been mistreated. In the wake of these criticisms, CEO Audrey Gelman departed this summer.

When asked about her response to the controversy, Washington said, “As somebody who’s an investor, as a woman of color, it’s important to me that there is increased transparency and also accountability.” She said that over the past few months, her role as an investor has been “really just supporting leadership in this transition,” while also expressing a “deep desire” for that transparency and accountability.

Other investments include Community, which allows celebrities to manage text message conversations with fans. (Washington promised that if you text her, she will really be the one who responds — though she also asked for patience, since she’s texting with “thousands and thousands of people.”) There’s also direct-to-consumer teeth-straightening startup Byte, which Washington said she uses herself.

As for her dream startup, Washington said she has a not-yet-announced investment in a direct-to-consumer fashion startup, “and it feels really dreamy at the moment.”

Again, these have all been personal investments so far. Would Washington consider raising a fund or joining a venture capital firm?

“I have considered it, but at this point, I really like having the more intimate and really hands-on relationship with the investments that I’ve made,” she said. “I feel like I’m really able to be in the trenches and bring more value as an individual investor.”

September 30, 2020 (by Steve Hopkins)Earlier this week, ITTF announced the 21 male and 21 female athletes who will participate in the RESTART events in November. Three major events will be held in China, including t...continued