The Game Was on TV. The Beer Was on Ice. So Why Were Fans Uneasy? - 3 minutes read 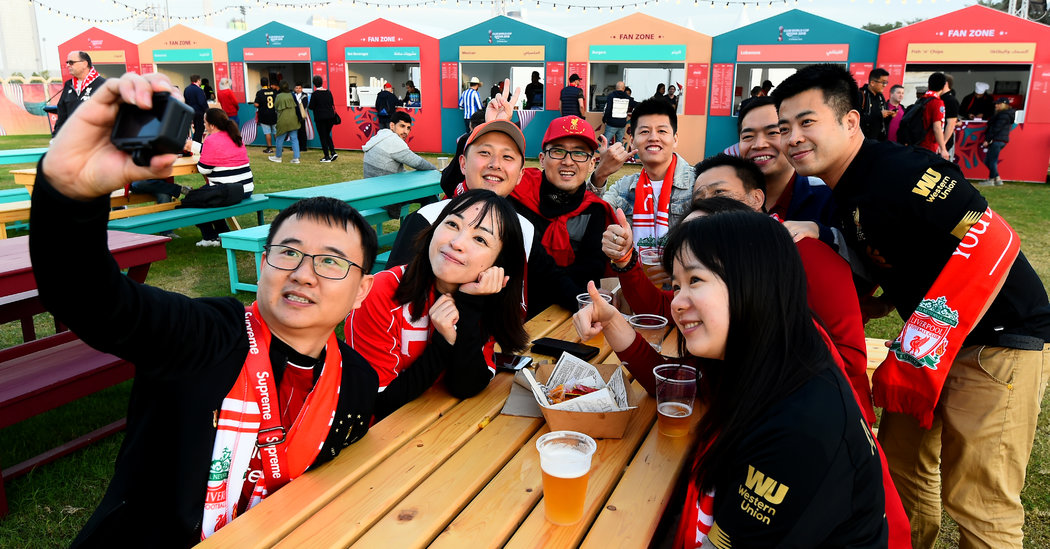 The Game Was on TV. The Beer Was on Ice. So Why Were Fans Uneasy?

Mohamed Ali, a 30-year-old Tunisian who now lives in Qatar, said fans should be welcomed for big events like the World Cup, but that they needed to respect the country’s customs. “It’s not allowed here to drink alcoholic drinks,” he said, making a circle with his arms to signify the city’s historic center. “It’s much better for them to go far and drink.”

For many Qataris, alcohol is seen as a public hazard; Abdul Rehman al Assaidi, a 29-year-old from Doha, even suggested selling beer in popular areas would be unsafe. “If you have drunk people in the street that’s not safe,” he said. “There’s children. There’s women. We have traditional customs, we cannot mix them.

“It’s scary: if you’re drunk, what can you do? I will not feel safe for my children or family because the people who are drunk could do anything because they are outside of their minds.”

To try to strike a balance between differing sensibilities this week, organizers provided discounted beer in the fan zone but ensured the venue was not near busy urban areas — an apparent effort to keep any awkward encounters to a minimum. But that immediately created a new problem: How to move thousands of supporters to the stadium en masse?

The answer came in the form of a caravan of buses, which at one stage numbered more than 100 idling along both sides of the approach road to the golf club. Fans heading to the Khalifa stadium were divided into groups depending on the teams they supported and set off, in a convoy with police outriders, on a journey that took almost an hour. (Without bathrooms on board, this soon created its own discomfort for fans who had been drinking but were not prepared for such a long ride.)

In many ways, the fan zone’s off-site location has been emblematic of the Club World Cup, where supporters have not congregated in the city center the way they typically do at international tournaments. There were few signs or flags draped from buildings, for example, nor the sounds of songs and chants filling in the air. Instead, fans have scattered around hotel bars, shopping malls and the Middle Eastern cafes and restaurants of Doha’s old town, where on Wednesday conversations in Brazilian Portuguese could be heard above traditional music on Qatar’s national day.