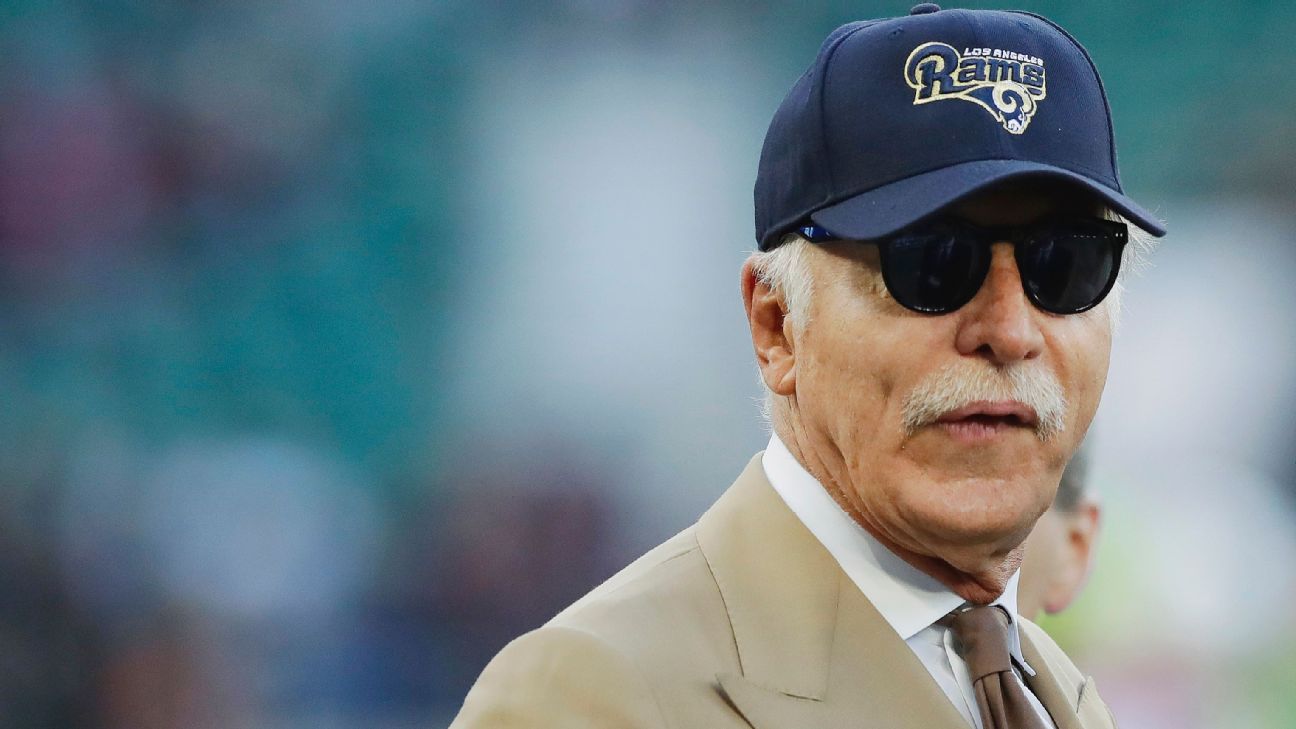 NFL team owners are expected to approve a resolution Tuesday that will have Rams owner Stan Kroenke reimbursing the league for the remaining $571 million paid to St. Louis over the team's relocation to Los Angeles, multiple owner and league executive sources told ESPN.

The NFL has already paid the $790 million settlement to St. Louis, but how the payment was divided up between Kroenke and the league has been a contentious issue for months.

NFL teams already have contributed a total of $219 million toward the settlement reached with the city last year. Under the resolution expected to be approved at Tuesday's quarterly league meeting in New York, Kroenke would be responsible for the remainder.

Owners would waive the league's limit on allowable debt in order for Kroenke to do so, the sources said.

The settlement announced last year ended a 4½-year-old lawsuit filed in the wake of the Rams' departure from St. Louis. Kroenke and the NFL had failed in bids to have the lawsuit dismissed or at least moved out of St. Louis, and courts were sympathetic to the St. Louis side's effort to disclose financial information of team owners -- rulings that hastened the push for a settlement.

The lawsuit sought more than $1 billion. It claimed the team's move cost the St. Louis region millions of dollars in amusement, ticket and earnings tax revenue.

Then-owner Georgia Frontiere moved the Rams from Los Angeles in 1995 to her hometown of St. Louis, where they stayed for 21 seasons before Kroenke moved them back.

Kroenke, a Missouri real estate developer who is married to an heir of the Walmart fortune, became a minority owner when the team first came to St. Louis. Frontiere died in 2008 and left the team to her children, who sold the Rams to Kroenke in 2010.

Not long after the sale, an arbitrator awarded hundreds of millions of dollars in improvements to the downtown domed stadium, which was built with taxpayer money in the early 1990s to attract an NFL team.

St. Louis interests initially proposed a more modest upgrade, then eventually proposed a new $1 billion stadium along the Mississippi River that would be funded jointly by taxpayers, the team and the NFL. Kroenke had already purchased land in Inglewood, California.

SoFi Stadium opened in September 2020 and is now home to the Rams and the Los Angeles Chargers, who moved from San Diego in 2017.