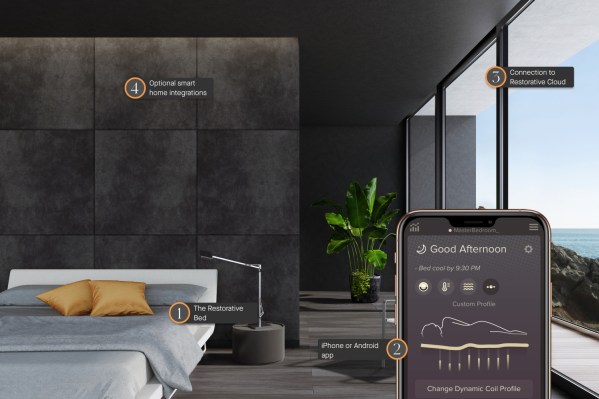 Bryte raises $24M and begins licensing its tech in addition to selling $8K AI-powered today announced $24 million in Series A funding led by ARCHina Capital. This comes as the company moves away from selling its $8,000 mattress direct to consumers and instead is working with partners who will utilize Bryte’s technology in their mattresses.

Bryte says several deals are in the works.

According to the company, this pivot has always been part of the plan. They feel that through licensing, they can better accomplish the company’s goal of improving people’s sleep experience. Bryte doesn’t want to become another direct to consumer brand, but rather the underlying technology in some of the best mattresses.

The company’s original product is still available to consumers. Called the Restorative Bed, the mattress has built-in sensors and 100 computer-controlled pneumatic coils that work with the platform as it learns owners’ sleeping patterns and adjusts to best suit them — for both sleepers. Bryte says its technology enables better sleep patterns by adjusting the mattress through monitoring temperature, pressure points and room environment.

The user selects several starting points for the mattress system. The system uses micro-adjustments to fine-tune the system to the sleeper. Each night’s sleep provides the mattress with more data points, which it uses to continually adjust the settings. The company says the greatest gains happen within two-four weeks and tend to reach an optimal level within 90 days.

With this funding round, the company is adding serious cash to its mission.