Bragg Set to Be Manhattan’s Next D.A., and a Potential Trump Scourge - 2 minutes read 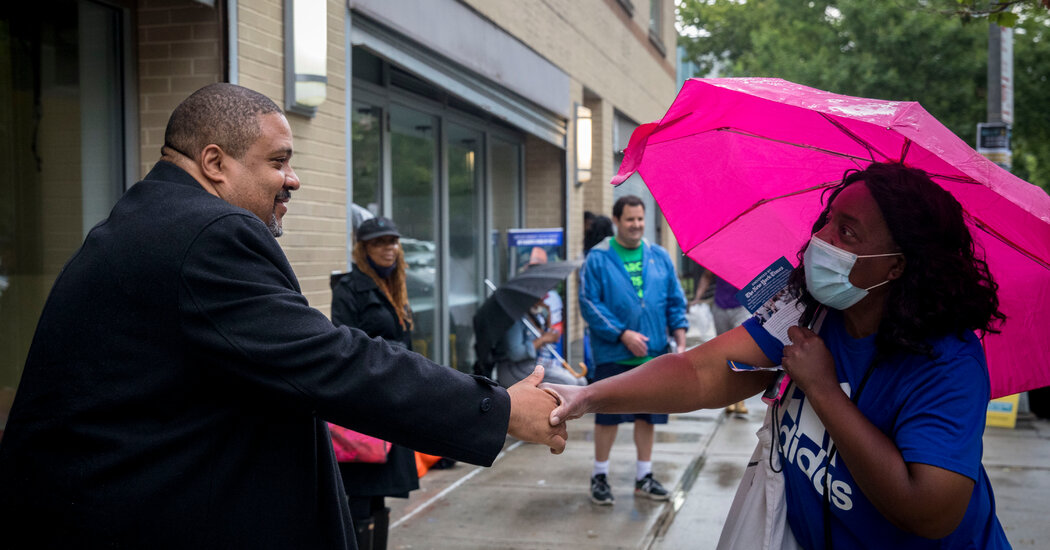 Mr. Bragg said repeatedly during the campaign that he had sued Mr. Trump or his administration more than 100 times during his tenure at the attorney general’s office. He also said he expected to be attacked by Mr. Trump, who said this week that the investigation was a form of “political persecution” being led by “New York radical-left prosecutors.”
Mr. Vance, who did not seek re-election, is coordinating his efforts with Letitia James, New York’s attorney general.
Preet Bharara, a former United States attorney in Manhattan who supervised Mr. Bragg and endorsed his candidacy, said Mr. Bragg had varied experience as a prosecutor, and that his work on white-collar crime and public corruption cases could come into play in the investigation into Mr. Trump and the case against Mr. Weisselberg and Mr. Trump’s business.
“He can handle this,” Mr. Bharara said.
For much of the primary, Mr. Bragg was thought to be trailing Ms. Farhadian Weinstein, another former federal prosecutor who also served as counsel to the former U.S. attorney general, Eric Holder, and the Brooklyn district attorney, Eric Gonzalez. She dominated the fund-raising battle and gave her own campaign $8.2 million, more than three times as much money as anyone else raised overall, and led in most polls.
But a late resistance to her candidacy grew, in part because of the money she spent on the race. On Primary Day, Representative Alexandria Ocasio-Cortez, who did not endorse a candidate, discouraged voters from supporting Ms. Farhadian Weinstein during a radio interview, and cited Mr. Bragg and another contender, Tahanie Aboushi, as better choices.
Ms. Farhadian Weinstein said in a brief interview on Friday that she would continue to be an advocate for issues she focused on during the campaign, particularly violence against women, which she said was startlingly common and underreported.
Mr. Bragg will face Thomas Kenniff, the Republican candidate, in November. Mr. Kenniff, a former state prosecutor in Westchester County, N.Y., a member of the Army Judge Advocate General’s Corps and an Iraq War veteran, has said the Manhattan district attorney should be focused on law and order. In recent weeks, he had begun to attack Ms. Farhadian Weinstein, but then switched to criticizing Mr. Bragg.