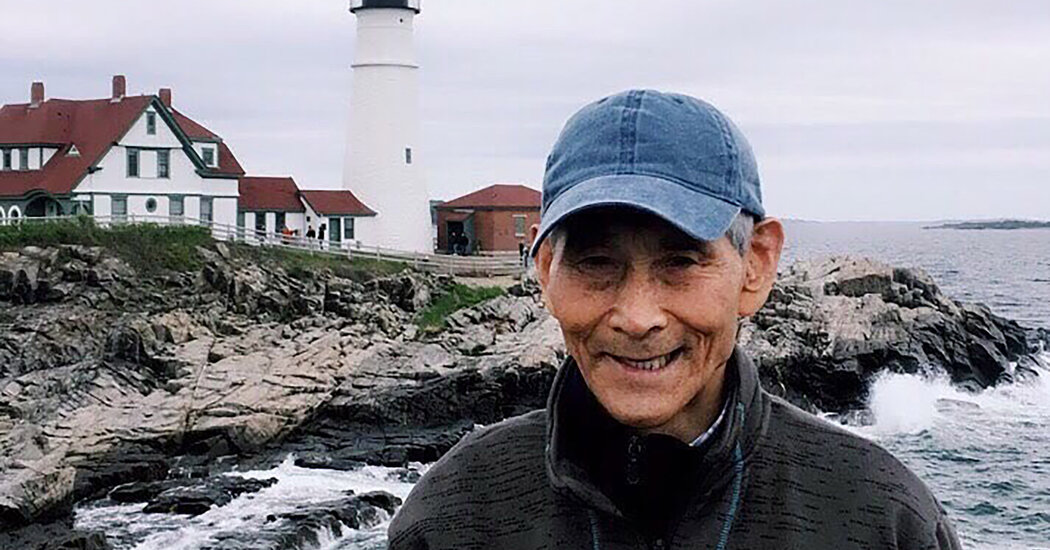 This obituary is part of a series about people who have died in the coronavirus pandemic. Read about others here.
It was 1976, and Suk-joong Song was worried about his sons. A successful businessman in Seoul, South Korea, he had watched as student protests against his country’s dictatorial government erupted in the early 1970s, only to be met with violent crackdowns and martial law. His oldest son was already in high school; what, Mr. Song wondered, would the country look like by the time he got to college?
He decided to immigrate to America. He knew a little English from serving as a liaison between South Korean and U.S. forces during the Korean War, and his sister, Kil-ja Song, had recently moved to New York City.


It didn’t take long for him to find a stranger willing to sponsor him and his family, and within a few months they were living in Roswell, N.M. Mr. Song went to work for his sponsor, Jerry Pritchard, who owned a Chevrolet dealership.


But the Songs were lonely; there weren’t many Korean families, or people of Asian descent in general, living in southeastern New Mexico at the time. In 1977 they moved to New York, settling in the Ridgewood section of Queens and opening a dry-cleaning business in Park Slope, Brooklyn.
Mr. Song called his business Economy Cleaners, and over the years it, and he, became a neighborhood institution, an anchor as the area gentrified in the 1980s and ’90s. Customers came to appreciate the way he took care of them, whether they brought in a few cheap shirts or a $1,000 suit.
Updated May 3, 2021, 10:31 a.m. ET

“He treated everyone equally,” his daughter, Nancy, said.
In 1992, as the city awaited the verdict in the Rodney King case in Southern California, many of the businesses around Mr. Song’s shuttered their doors, expecting violence. But he stayed open. His customers, he said, needed him.
“Word got around,” his daughter said, “and soon all these people — young people, teenagers, old people — were standing in front of the store to protect it.”


Mr. Song died on April 3 at the Flushing Hospital Medical Center in Queens. He was 90. His daughter said the cause was complications of Covid-19.
Suk-joong Song was born in Seoul on April 5, 1930. His father, Hee-young Song, was a Presbyterian minister. His mother, Chong Song, died when he was a young child.
Along with his daughter, he is survived by two sons, Kee-young and Michael; nine grandchildren; and one great-granddaughter. Another son, Steve, died in 2013. His wife, Ok-soon Song, died in 2002.
Mrs. Song worked long hours as a patternmaker in the Fashion District in Manhattan before taking the subway to Brooklyn to help her husband close up his shop.
Mr. Song retired in 2000 and sold Economy Cleaners. He and his wife, both religiously observant, used their newfound free time to volunteer, building houses for Habitat for Humanity and making annual trips abroad — to Uganda, Mongolia and China, among other places — to visit missionaries supported by New York Presbyterian Church in Long Island City.
Though he had left behind a comfortable career in South Korea, his daughter said Mr. Song never regretted the work needed to build a new life in America.
“He didn’t even see it as a sacrifice,” she said. “Looking back, I’m not sure I’d have the courage to move to a foreign country, but he did.”