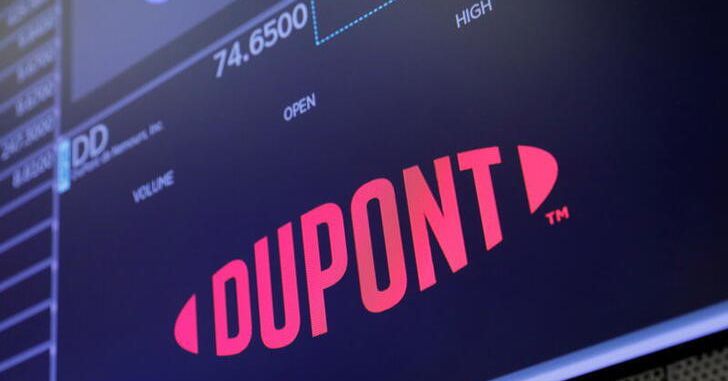 Hutchinson SA's material barrier to prevent fires from penetrating a plane's fuselage violates DuPont patents on its Nomex XF flame-resistant material, the lawsuit, filed Thursday, said. Airbus was not named as a defendant.

DuPont asked the court to block Hutchinson's alleged infringement and requested an unspecified amount of damages.

"We take this matter very seriously, and our filing underscores the action we will take to enforce our patent rights to protect our substantial investment in innovation," a DuPont spokesperson said in a Friday statement.

Hutchinson did not immediately respond to a request for comment.

DuPont said Nomex XF is used to prevent fires outside the fuselage from spreading into commercial airliners. The lawsuit said Hutchinson's Terflame 29 violates DuPont's patents as a similar multilayer material barrier that prevents fires from spreading in the same way.

DuPont previously won more than $3 million from Tonawanda, N.Y.-based materials company Unifrax and a permanent ban on flame barriers it sold to Boeing that violated one of the patents at issue in the new lawsuit.

The case is DuPont Safety & Construction Inc v. Hutchinson SA, U.S. District Court for the District of Delaware, No. 1:22-cv-00797.

For Hutchinson: not available