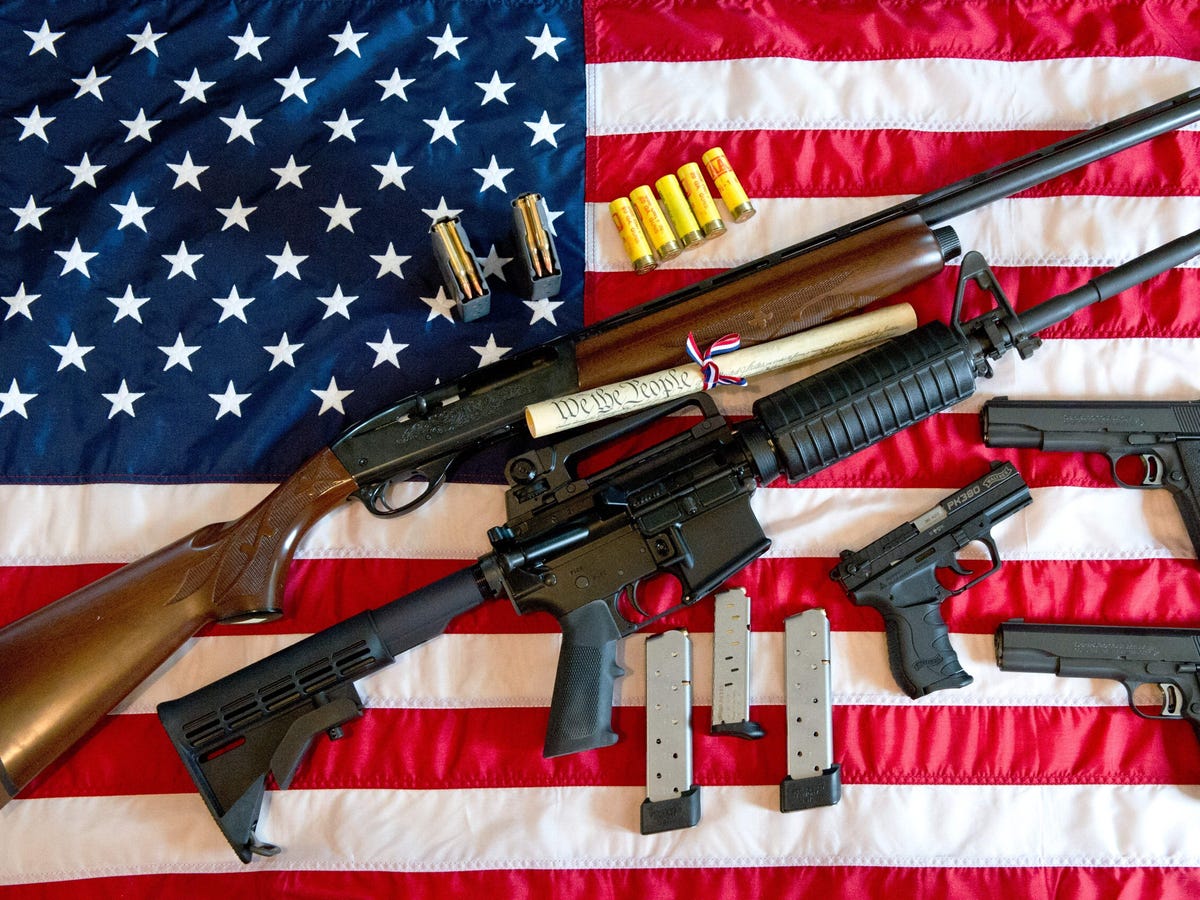 "The industry is creating these customers and marketing to them," a policy adviser told Insider.

Leading gunmakers made more than $1 billion from selling AR-15-style semiautomatic weapons in the last decade, a report from the House Committee on Oversight and Reform says.
These companies use "aggressive marketing tactics" to target young men by emphasizing masculinity, making veiled references to white supremacist groups, and touting military-grade weaponry, the committee report said.
"The business practices of these gun manufacturers are deeply disturbing, exploitative, and reckless," Rep. Carolyn B. Maloney, committee chairwoman, said in a statement.
Ryan Busse, a former firearms executive who is now a senior policy adviser to gun-safety advocacy group Giffords Law Center, told Insider that it is crucial to examine the ways that gun companies market their weapons.


Busse noted the change in how guns had been pitched over the years – from an emphasis on hunting and self-defense to selling military-grade weapons and tactical culture.
"The [gun] industry is both creating these customers and marketing to them. And therefore, it's propagating more of this radicalization," Ryan Busse said.
Busse, who testified before the House committee last week, said that the revenue size is not surprising but what is important is "the dangerous ways that AR-15s are intertwined with political radicalization."
The House committee began its investigation into the top five firearm makers in the country in May following the mass shootings in Buffalo, New York, and Uvalde, Texas, that left 31 victims dead. Both gunmen used legally purchased semiautomatic rifles.


The primary target of gunmakers' advertising, according to Busse, is "this angry, young male, politically active, conservative, aggrieved, dreams of using the AR-15 to 'make things right in the world."
"In other words– people who also fall right into domestic terror groups and radicalization and everything else."
An emphasis on tactical culture, masculinity, and references to extremist groups
The committee report said that in their sales materials, gun manufacturers prey on masculinity by claiming their weapons will put people "at the top of the testosterone food chain."
An example of this is the "Man Card" campaign that AR-15 maker Bushmaster launched in 2010, which marketed its guns to a "Man's Man" in a "world of rapidly depleting testosterone."


Although the campaign ceased after the Sandy Hook massacre in 2012 where the 20-year-old gunmanwho killed 26, including 20 children aged six and seven, was aremd with a Bushmaster XM15-E2S rifle , its successes set an example for other gunmakers to follow, Busse wrote in The Atlantic.

Last year, one gunmaker generated controversy by advertising a miniature AR-15 rifle for kids, called the "JR-15."
Some gunmakers have also appeared to make references to far-right groups.
One example of this political targeting is an AK-47-style pistol, produced by Palmetto State Armory, which is adorned with a pattern resembling the signature Hawaiian shirts worn by the Boogaloo Bois far-right extremist group.


There are approximately 19.8 million AR-15 style rifles in circulation in the US and while the vast majority of gun-owners never use their weapons to harm others, Busse said it's important to recognize the ways that gun marketing plays a role in contributing to radicalization.
Since 2010, gunmakers have increasingly marketed guns as the civilian equivalents of military-grade weapons and emphasized a tactical culture, Busse said.
This emphasis on tactical culture, previously reserved for the military, alludes to "specifically targeting humans, sort of as a life or death situation."
"I'd say maybe even a majority of the guns sold in the United States now are sold and marketed with the idea that the user, the owner, will use them in some sort of tactical operation," Busse said.


Gunmakers deflect responsibility
While Democrats have called for greater gun control and to remove protections that make it harder to sue gun companies, Republicans have resisted further regulation.
Republicans on the committee have accused Democrats of blaming the gun industry instead of looking at the causes of violent crime.


"Republicans want to target criminals. Democrats want to target lawful gun owners and take away their guns," Rep. James Comer, the committee's top Republican, said.
Several gun company executives testified before the committee last week and denied responsibility for recent massacres by arguing that firearms are "inanimate."
"These acts are committed by murderers. The murderers are responsible," Marty Daniel, the founder and chief executive of Daniel Defense, told the committee.


The CEO of Smith Wesson, the country's second-largest rifle manufacturer, refused to testify. The committee has subpoenaed the company after it failed to provide requested information on its profits, sales figures, and marketing materials.
"It's no secret why gun CEOs are so desperate to avoid taking responsibility for the deaths caused by their product," Rep. Maloney said, per NBC News.
"It seems to me that if a company really cared that its products were being used to kill scores of Americans, it would stop selling them," Maloney said. "But of course, the gun industry won't do that because they're making lots and lots of money from these weapons."