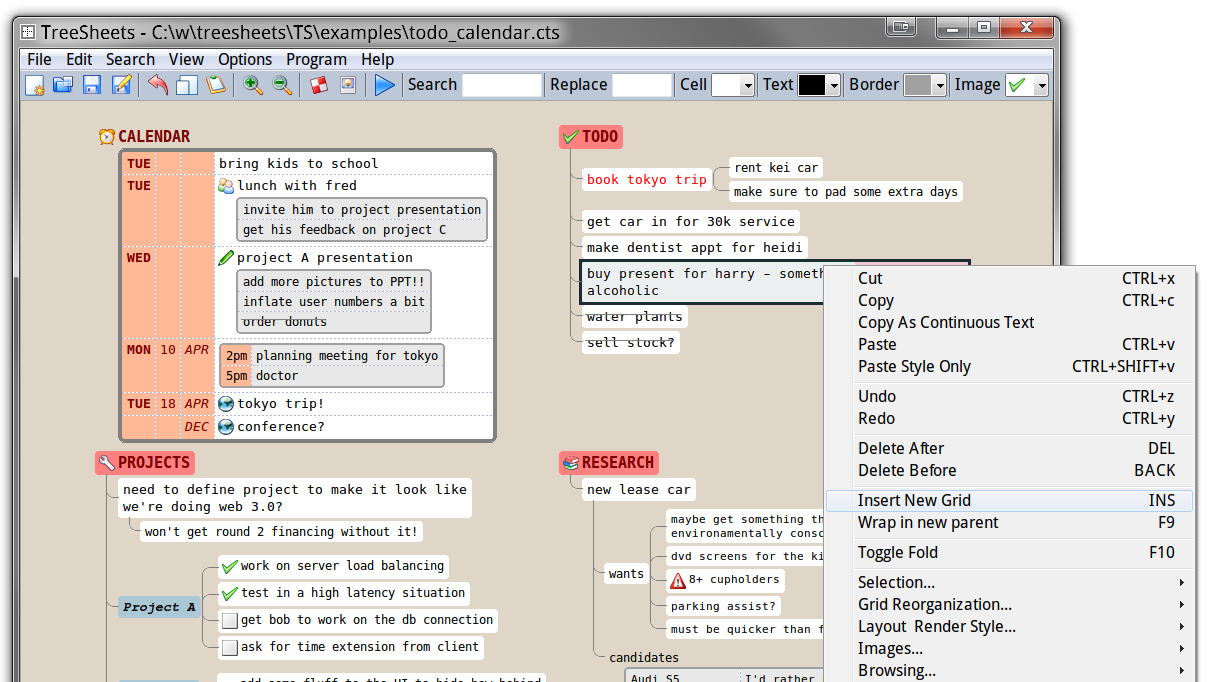 Some people may have heard of Dutch programmer [Wouter Van Oortmerssen] since he’s the creator of the Amiga-E programming language, as well as being involved with several game engines. Heard of SimCity? How about Borderlands 2 or Far Cry? Having had clearly a long and illustrious career as a programmer for a variety of clients — including a long stint at Google, working on Web Assembly — many people will be familiar with at least some of his work. But you may not have heard of his TreeSheets productivity tool. Which would be a shame, as you’ve been missing out on something pretty darn useful.

TreeSheets is described as a hierarchical spreadsheet, which is intended as a replacement for several distinct tools; think spreadsheets, mindmaps and text editors and similar. In [Wouter]’s words:

It’s like a spreadsheet, immediately familiar, but much more suitable for complex data because it’s hierarchical.

It’s like a mind mapper, but more organized and compact.

It’s like an outliner, but in more than one dimension.

Having been in development for about a decade, TreeSheets might look a bit dated here and there, but the design is clear and distraction-free, which is exactly what you need when you’re trying to focus on the task in hand. Why not give it a try and see if it works for you? After the break, you can see a video tutorial by YouTube user [DrilixProject].

No strangers to productivity hacks, here’s Pomodachi, a cute pomodoro timer crossed with a Tamagotchi. Sometimes productivity isn’t solved with software tools, but more to do with your attitude to projects. Finally sometimes the route to greater productivity is a little closer to home, like inside your head.

Thanks to [Paper] for the tip!