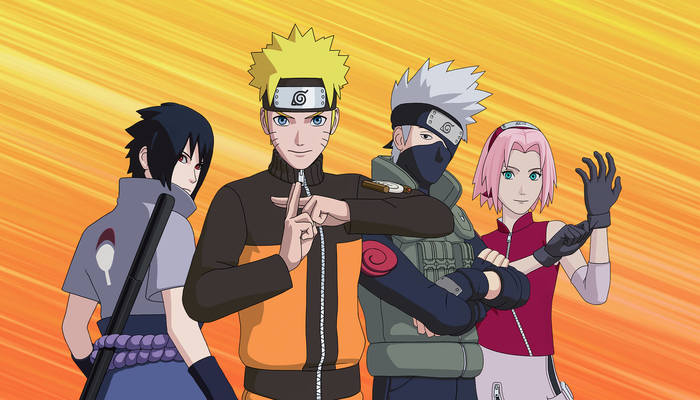 Lucky star has no plot, as plain as that. It's purely a comedy series. The series is only driven by the most popular character of the series, Konata, even if you don't like the comedy in it, if you're an otaku (anime nerd.) you'll like her.

K-on is an anime about high school girls in a club together, yay! I am sure there won't be any extreme boredom. So in case, you haven't guessed it's not that interesting, but they're all in a band together, thanks to the Light and Music Club. The series starts off with only four members of the band, and later on, at the end of the first season we get a new character, sadly she is not interested either. Now don't get me wrong, the music their band makes is good, but the characters are, well, dull. The show follows them in their normal life practicing, making new songs, and waiting for this one - buying food! But never the less it's still cute, I guess.

Well, it's, different. Okay, this show is insane, admittedly you have to wait a bit for it to get really funny. It's about a bunch of girls in High School, and what makes the show cute is the little girl who skipped a couple of grades to be in High School. But I must warn you if you do want to watch it, don't watch it all in one go. It will turn your mind to mush.

Card Captors is about a girl called Sakura, she opened a book one day and then a whole bunch of cards came out and flew around the city and stuff. Now she has to get them back. But she also has to contend with a douche-bag love interest. Yay! Plus I think she's ten so that's where we get cute from.

Gakuen Alice is about a girl that goes to a school for people with superpowers! But she's ten or something so we don't get to see much fighting. Did I mention she's dense, pure, and incredibly kind. So if that's what she's like then yes you guessed it, her love interest is a douche. It has a very simplistic art style, nothing great or new, but at least the manga is better, go read that if you can find it.

Sgt. Frog is about a group of space frogs, trying to conquer Earth. They live with a human family and are only allowed to stay because the Mother of the family is a manga artist who likes to use them for ideas. If isn't clear already, the space frogs suck at their job. The art style is surprisingly childish, don't show this to a kid because they won't get the pop culture references.

First, go read the manga. The anime does not compare.

So it's about a girl called Amu who is eternally dubbed as 'Cool and spicy'' Yeah, I don't know what that means either. So she's the cool emotionless person in her school, but in actuality, she's rather shy, not dense, shy. Nevertheless, if you do annoy her or embarrass her, she will explode in anger. Her character isn't groundbreaking but she's at least interesting. The story comes from her wanting to be herself at school, and with this desire, she sort of - gives birth to three, well, Easter eggs. Right. So these eggs contain three of her would-be selves, there is also a club at her school that contains other people who also have these eggs. She eventually joins them, is given a weird key pendant thing, and has to stop the evil Easter corporation from harnessing the power of eggs that have given up on their dreams, I think. Just go read it or watch it. Also, she has two main love interests. One is a total pussy who is ashamed of his would-be self and wants to take over the world and be a ruthless tyrant. (he's surprisingly lame.) Her other love interest is really the only one with a back story, he's not emo around Amu and is actually rather playful, the only problem is Amu is only 12 and he is 17. His name is Ikuto.

Pre Tear is about a girl who gains magical powers and has to fight monsters with tentacles. I don't really know why I like this show so much but if you're looking for something fluffy that talks about family rather than boring old friendship then this is your thing, plus douche-bag love interest!

Fruits Basket is about Tohru Honda who, after a series of events, comes to live in a house with three men two of whom go to her school. The twist is that these three guys are subject to a curse where if they're hugged by the opposite sex they turn into an animal of the zodiac. So yeah, this is actually really funny, touching, and a little inspiring. But if you watch for the romantic subplots, then forget about the anime until you have read the manga.

Princess Tutu is about a Prince called Myto. He shattered his heart in order to enslave a raven thing. He actually belongs in a story, but due to the story's writer, who had magical powers, he entered the real world and so did the raven thing. Prince Myto is now attending a ballet school, as this is the only thing he really knows how to do after he shattered his heart. Fakir, a reincarnation of the knight from the story, protects him. Fakir tends to be very protective of Myto as Myto has no emotions, and apparently can't feel pain. Losing his emotions apparently shut off his pain receptors. While the story is about the prince, it actually follows a duck who was turned into a girl by the story's writer, and all this girl called duck wants to do is restore the Prince's heart and see him smile. (Aww. Isn't that precious?) Of course, by the second season things get pretty cool and prove that the title that was given to it was really stupid. The art style is cute and pretty with lovely pastel colours to make you feel at home. All in all this anime as well deserving of the number one spot, even if the name is terrible. (Remember to just give it a couple of episodes to get really good, maybe up to the second season.)

Hope this made you less bored!