Meet the artist who draws scientists for Instagram - 3 minutes read 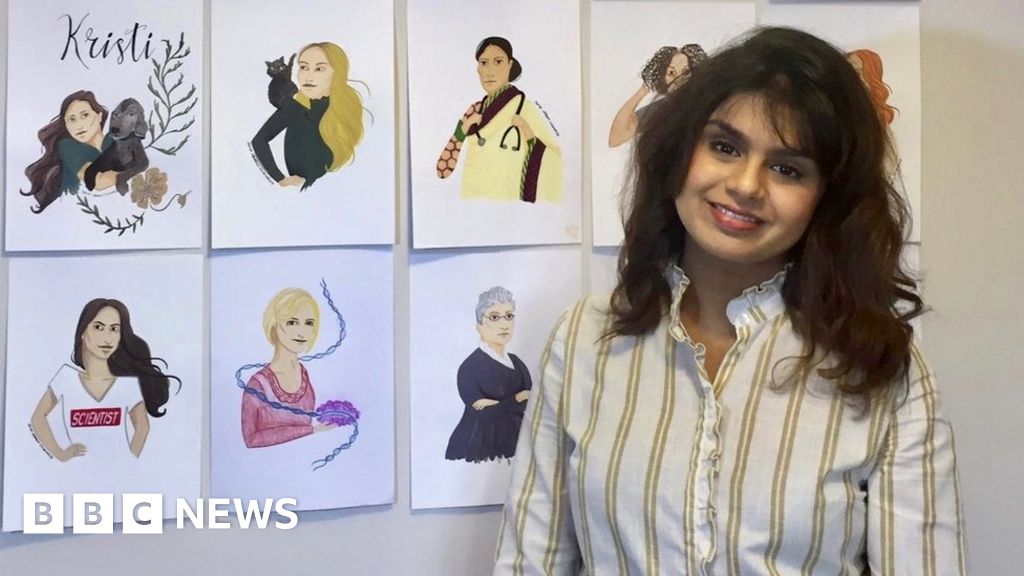 How do you raise the profile of women in science, equipped only with pens and pastel pencils?

That's the challenge Nina Chhita set herself after being asked to identify scientists at a Christmas quiz.

Rosalind Franklin famously carried out X-ray studies that led to the discovery of the DNA helix. More lately, she has become known as a scientist whose work was overlooked during her lifetime.

Nina uses illustrations to publicise the work of women working in STEM (science, technology, engineering and medicine). She showcases the images on her Insta and Twitter pages. "I hope scrolling through the images underscores that you can't narrowly define women and there is no set 'type' of person that should pursue STEM," she says.

A medical writer by day, she holds an MSc in Developmental Biology from the University of Bath. While sketching historical figures named on London's blue plaques, she found herself gravitating towards scientists because of her own educational background.

Preparation is key, including reading about the subject and having a chat via a video link to get a sense of who they are, where possible.

"This preparation step is the most time consuming as I strive to accurately depict the person in the illustration and include hints about their research area," she says. "The final illustrations are a blend of gouache, pastel pencils and paint pens."

As for who she would most like to draw, the answer lies close to home. She names her aunt, Dr Chandan Mistry, who was born in Nairobi, Kenya in 1941, and became a GP.

"At the time, there wasn't even a school in her area that taught girls past the age of 16, so she had to study at a boys' school to gain the qualifications to apply to medical school. There were only two other girls in the entire school. She went onto read medicine at Aberdeen University, and was the first person in my family, and that generation, to earn a degree."

She achieved her goal "despite all odds stacked against her", says Nina. "Her journey is one shared by the many women who have achieved the extraordinary, yet their stories untold. They may just be your aunt too."