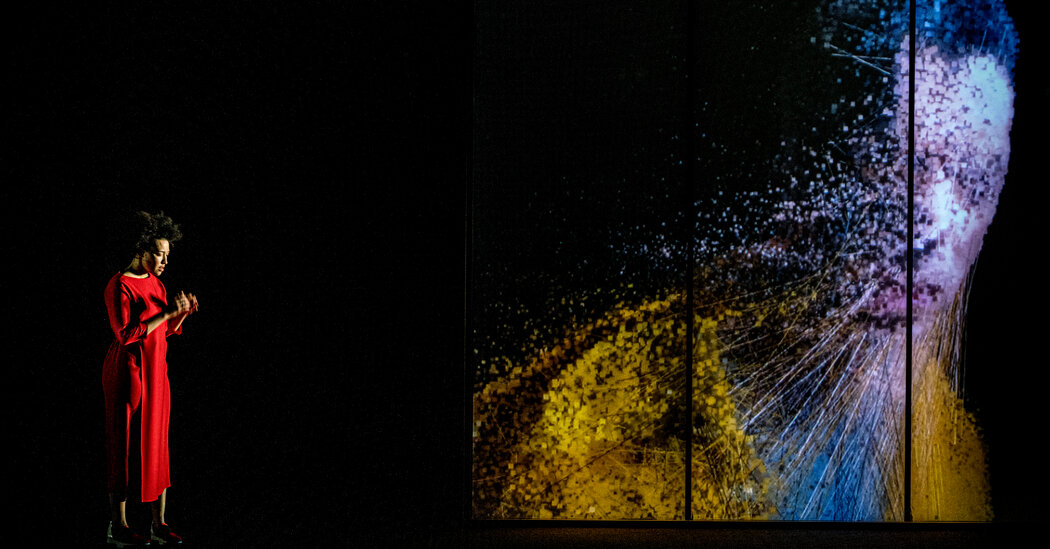 When briefly in a “paused state,” the Father realizes that something failed in the upload; it should have suppressed the trauma of his wife’s death but didn’t, dooming him to grieve her for eternity. He wants to be terminated, an irreversible action that can only be carried out by his daughter.
If that dilemma doesn’t feel entirely compelling or earned, it’s because the Daughter is never properly developed. She is introduced as curious about her father’s new form, but it’s difficult to imagine anyone feeling more than shock or anger in her place. Instead, she is shown only in various states of mourning. (And this might be too New York-centric a fixation, but how on earth can this young woman afford to live in an airy TriBeCa penthouse with a garden terrace?)
Maybe it’s for the best, then, that we never see her decision. The parallel stories arrive at parallel endings: the past, the night before the Father’s upload, and the present, the night before his likely termination. In a stunning coup de théâtre, a white curtain springs out, suspended over the audience. On it are the Father and Daughter projected in split screen. Although at opposite ends of the stage, even different planes of existence, they are presented as if lying head-to-head.
As they drift into sleep, we are left with the Father’s Memory Anchor, a dream rendered digitally — the green of the earth too green, the blue of the sky too blue. Everything we’ve heard about is there: the stone, hot to the touch, a lizard at rest. But the image occasionally flickers, defaulting to the 3-D line drawings of drafting software, until the resolution degrades into soft fields of color. Only the sounds of breeze and birdsong remain.
It’s a mysterious final scene, but not one that requires any answers. Regardless of what happens next, someone will be forced to live with the pain of loss. And no technology, it seems, can spare us that fundamentally human experience.
Upload
Through Oct. 8 at the Dutch National Opera, Amsterdam; operaballet.nl.