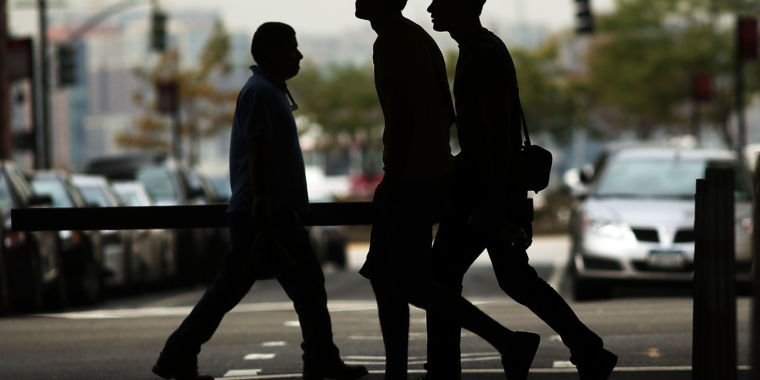 Progress isn't always positive. Although the occupants of modern cars are undeniably safer in a crash than they would be in models just a few years old, that's not true for people using Shank's pony. Overall, fewer people died on America's roads in 2018 (the last year for which full data is available) than the year before—some 36,600 in total. But concealed within that figure is a big rise in the number of pedestrians who were killed by drivers—6,283 in all, an increase of 3.4 percent on 2017.

Obviously there's no single cause to which we can point. More than three-quarters of pedestrians were killed after dark, and a similar percentage were killed while crossing a road, but Americans' antisocial love for big SUVs needs reckoning with, too . Obviously this is a problem we need to solve. Some US cities have adopted the Vision Zero project, although few have come anywhere near the success of the Norwegians when it comes to shrinking that body count. We could implement far stricter driver training and significantly beef up traffic law enforcement, but only the most naive optimists think there's any actual possibility of that happening any time soon.

Pedestrian detection is increasingly a component of the advanced driver assistance systems that are fitted to some new cars, but independent testing suggests you probably don't want to rely on these to save your life. Meanwhile, some are hoping that another technology can save us through deployment of what's known as Vehicle-to-Pedestrian (V2P). V2P is related to the Vehicle-to-Vehicle communication protocol, a protocol that after 20 years has yet to be deployed and is now the subject of a bitter fight among regulators and interest groups over its allocated 5.9GHz bandwidth. But not all Vehicle-to-whatever communication needs to use dedicated short-range communications (DSRC); in the past we've reported on a compatible cellular approach, called C-V2X.

It's this approach that some technology companies hope will make future years safer for those of us who walk places. At CES this year, Harman unveiled its new V2P system, which uses low latency 5G peer-to-peer signals to detect objects—or more specifically a smartphone (and therefore the person carrying it) in a vehicle's path. And the pedestrian (or cyclist) also receives an alert—helpful for those 76 percent of pedestrian deaths that happen in low-light situations.

Similarly, the mapping company Here is collaborating with Verizon to do something similar with a Vehicle-to-Network system that leverages 5G (as well as Here's HD maps and computer vision technology) to predict vehicle travel paths and then warn drivers of impending collisions.

Truth be told, none of this is particularly novel; in 2015 I saw demos of V2P technology at Mcity , the University of Michigan's outdoor research lab for new vehicle technologies. But it might finally be getting ready for the real world—a company called Savari announced at CES this week that its SmartCross V2P system is going to be deployed by the New York City Department of Transportation as part of that city's Vision Zero. Savari's app is integrated into NYCDOT's traffic management system, and it says it "provides critical information regarding the intersection geometry and traffic light status to pedestrians who may otherwise be distracted," as well as alerting V2X-enabled vehicles of their presence.

Of course, the simplest solution would be for everyone—drivers and pedestrians—to be alert to their surroundings and not buried in their phones while driving or walking. We can but hope.