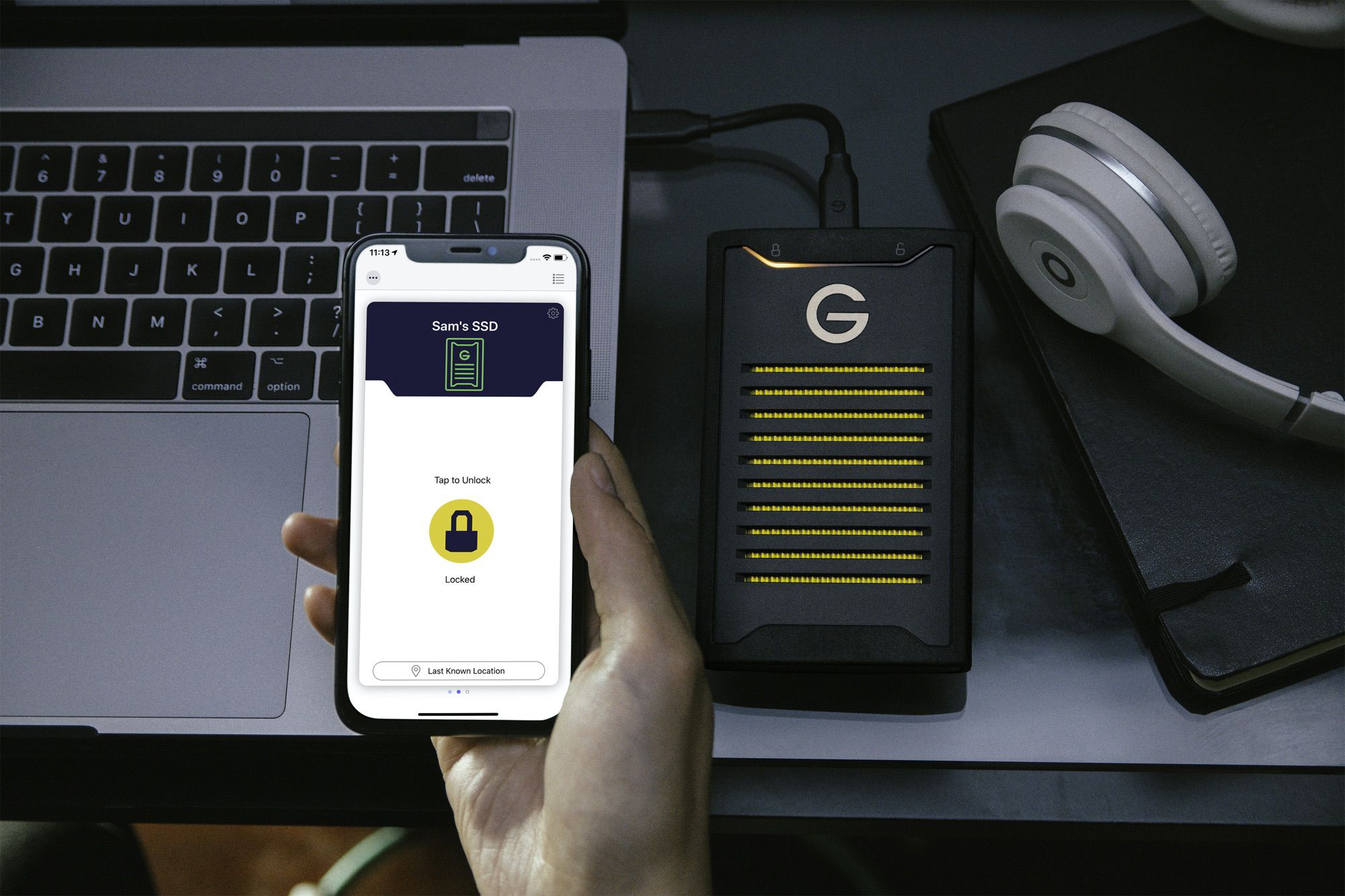 G-Technology's ArmorLock SSD relies on a smartphone or computer for locking and unlocking through the ArmorLock mobile and desktop apps . It remains locked until it is paired to an iPhone or a Mac and unlocked with the device's security mechanisms - Face ID, Touch ID , or a passcode.

G-Technology suggests that this system is ideal for SSDs that need to be shipped between different physical locations as it provides protection until the SSD is in the hands of the right person. Because this higher security technology is meant for professionals, the SSD is more expensive than a standard SSD, priced at $599 for 2TB of storage.

The ArmorLock SSD offers read/write speeds of up to 1000MB/s through its 10GB/s USB port, combining high speeds with easy to use encryption. It is IP67 water and dust resistant and it can survive drops of up to three meters. At the current time, the ArmorLock SSD is limited to iOS and macOS devices.

When locked, the ArmorLock SSD offers 256-bit AES-XTS hardware encryption along with tools to securely erase and reformat when needed. The last known location of the SSD can be tracked on a map, and it supports firmware updates for adding new features.

The G-Technology ArmorLock encrypted NVMe SSD can be purchased from the Western Digital Store starting today. It is available in a 2TB capacity only and it is priced at $599.

Kerry Washington explains why she became a startup investor

“Scandal” and “Little Fires Everywhere” star Kerry Washington won her first Emmy Award yesterday, but when she joined us at TechCrunch Disrupt today, she was much more focused on her work as an investor.Washington traced m...continued