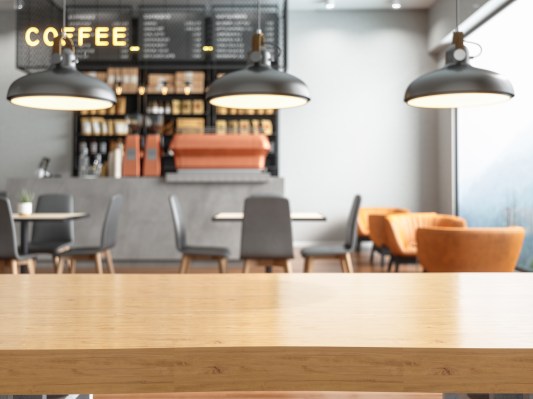 Small and medium enterprises have become a big opportunity in the world of B2B technology in the last several years, and today a startup that’s building tools aimed at helping them manage their teams of workers is announcing some funding that underscores the state of that market.

Homebase, which provides a platform that helps SMBs manage various services related to their hourly workforces, has closed $71 million in funding, a Series C that values the company between $500 million and $600 million, according to sources close to the startup.

The round has a number of big names in it that are as much a sign of how large VCs are valuing the SMB market right now as it is of the strategic interest of the individuals who are participating. GGV Capital is leading the round, with past backers Bain Capital Ventures, Baseline Ventures, Bedrock, Cowboy Ventures and Khosla Ventures also participating. Individuals include Focus Brands President Kat Cole; Jocelyn Mangan, a board member at Papa John’s and Chownow and former COO of Snag; former CFO of payroll and benefits company Gusto, Mike Dinsdale; Guild Education founder Rachel Carlson; star athletes Jrue and Lauren Holiday; and alright alright alright actor and famous everyman and future political candidate Matthew McConaughey.

Homebase has raised $108 million to date.

The funding is coming on the heels of strong growth for Homebase (which is not to be confused with the U.K./Irish home improvement chain of the same name, nor the YC-backed Vietnamese proptech startup).

The company now has some 100,000 small businesses, with 1 million employees in total, on its platform. Businesses use Homebase to manage all manner of activities related to workers that are paid hourly, including (most recently) payroll, as well as shift scheduling, timeclocks and timesheets, hiring and onboarding, communication and HR compliance.

John Waldmann, Homebase’s founder and CEO, said the funding will go toward both continuing to bring on more customers as well as expanding the list of services offered to them, which could include more features geared to frontline and service workers, as well as features for small businesses who might also have some “desk” workers who might still work hourly.

The common thread, Waldmann said, is not the exact nature of those jobs, but the fact that all of them, partly because of that hourly aspect, have been largely underserved by tech up to now.

“From the beginning, our mission was to help local businesses and their teams,” he said. Part of his inspiration came from people he knew: a childhood friend who owned an independent, expanding restaurant chain, and was going through the challenges of managing his teams there, carrying out most of his work on paper; and his sister, who worked in hospitality, which didn’t look all that different from his restaurant friend’s challenges. She had to call in to see when she was working, writing her hours in a notebook to make sure she got paid accurately.

“There are a lot of tech companies focused on making work easier for folks that sit at computers or desks, but are building tools for these others,” Waldmann said. “In the world of work, the experience just looks different with technology.”

Homebase currently is focused on the North American market — there are some 5 million small businesses in the U.S. alone, and so there is a lot of opportunity there. The huge pressure that many have experienced in the last 16 months of COVID-19 living, leading some to shut down altogether, has also focused them on how to manage and carry out work much more efficiently and in a more organized way, ensuring you know where your staff is and that your staff knows what it should be doing at all times.

What will be interesting is to see what kinds of services Homebase adds to its platform over time: In a way, it’s a sign of how hourly wage workers are becoming a more sophisticated and salient aspect of the workforce, with their own unique demands. Payroll, which is now live in 27 states, also comes with pay advances, opening the door to other kinds of financial services for Homebase, for example.

“Small businesses are the lifeblood of the American economy, with more than 60% of Americans employed by one of our 30 million small businesses. In a post-pandemic world, technology has never been more important to businesses of all sizes, including SMBs,” Jeff Richards, managing partner at GGV Capital and new Homebase board member, said in a statement. “The team at Homebase has worked tirelessly for years to bring technology to SMBs in a way that helps drive increased profitability, better hiring and growth. We’re thrilled to see Homebase playing such an important role in America’s small business recovery and thrilled to be part of the mission going forward.”

It’s interesting to see McConaughey involved in this round, given that he’s most recently made a turn toward politics, with plans to run for governor of Texas in 2022.

“Hardworking people who work in and run restaurants and local businesses are important to all of us,” he said in a statement. “They play an important role in giving our cities a sense of livelihood, identity and community. This is why I’ve invested in Homebase. Homebase brings small business operations into the modern age and helps folks across the country not only continue to work harder, but work smarter.”