There's now a McRib NFT and what are we even doing anymore? - 2 minutes read 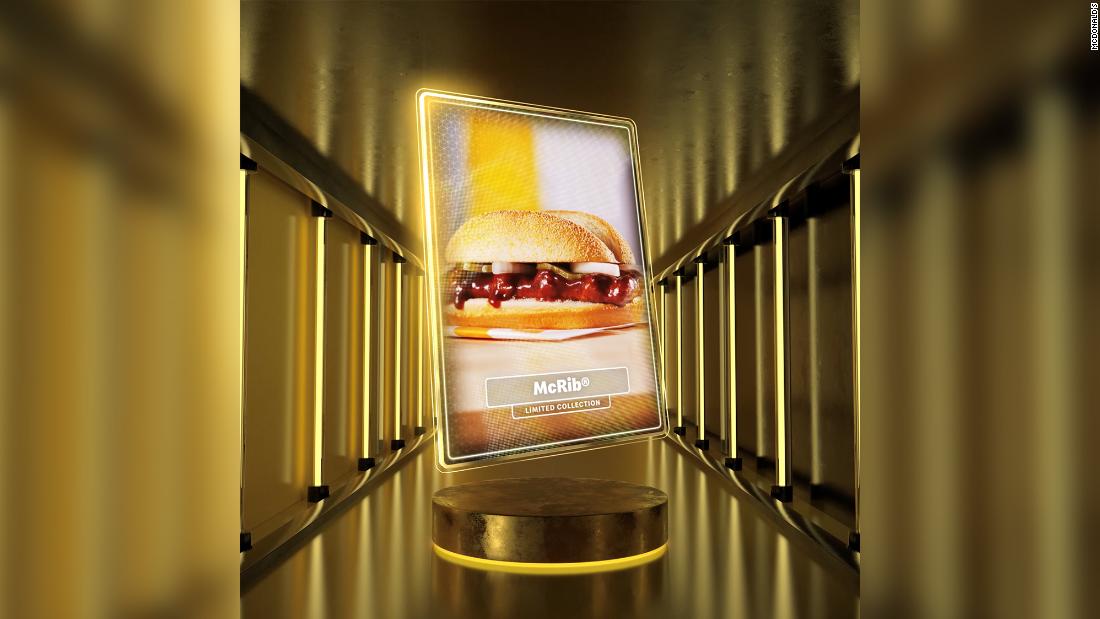 New York (CNN Business) It is a curse of the modern age that technology has rendered us incapable of experiencing beauty in real time — all of our ephemeral, sensual experiences must be pinned down in a digital ledger, easily searchable from our phones. It is not sufficient to be present in our joy; we have to chronicle it, broadcast it.

Yes, McDonald's has created a handful of non-fungible tokens — unique pieces of digital art that can't be replicated — aimed at superfans of its seasonal restructured barbecue pork product the McRib, which is making its 2021 debut nationwide Monday.

NFTs are byproduct of the cryptocurrency world that have gone mainstream over the past year. In short, an NFT is way for creators to transform digital works of art and other collectibles into one-of-a-kind, verifiable assets traded on the blockchain. (Does that make sense? For the uninitiated, here's another article that explains in more detail how it works.)

"With the McRib NFT, you'll never again have to say goodbye to the sandwich you love," McDonald's said in a news release.

The NFT craze took off this spring, when Christie's sold an NFT by the artist Beeple for a staggering $69.3 million. And just to be very clear, that's $69.3 million for a JPEG file, not a canvas you can hang on your wall.

Since then, marketers have been jumping on the NFT trend. Coca-Cola in August sold four "multi-sensory, friendship-inspired NFTs"  garnering more than $575,000 in an online auction . The NBA has created a sort of NFT trading card market for game highlights called Top Shot. And, full disclosure, CNN this summer launched an NFT product that allows people to mint historic TV moments from the network's vast archive.

And now it's McDonald's turn. The McRib occasionally gets released for a limited time, and has something of a cult following tracking its movements online, making it ideal fodder for an NFT. With a digital token, fans can savor the sandwich, metaphorically of course, all year round.

When the McRib debuted in 1981, it was a flop. It fell off the menu a few years later, but McDonald's periodically revives it for fans. Short-term promotions (and gimmicks like the NFT offering) are crucial for fast-food chains, where customer loyalty is fickle and profit margins are perpetually narrow.