Commanders downgrade Young to out vs. Atlanta - 1 minute read 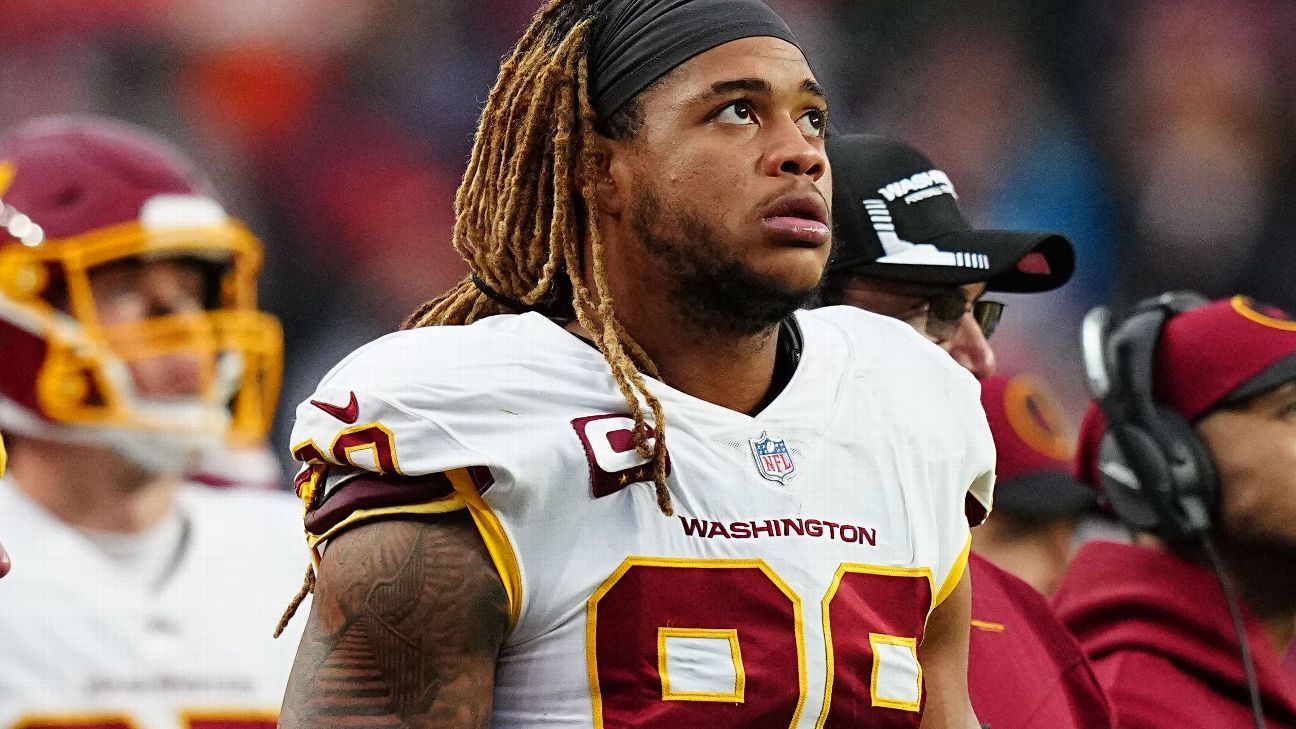 The Washington Commanders have ruled out Chase Young for Sunday's game against the Atlanta Falcons as the star defensive end deals with an illness and continues his recovery from knee surgery.

Young initially had been listed as questionable, but the Commanders announced Sunday morning that he was downgraded to out.

The Commanders activated Young to their 53-man roster this past week, but coach Ron Rivera maintained that he was unsure whether the former No. 2 overall draft pick would make his season debut Sunday. Washington had until Wednesday to activate Young, or he would have been placed on injured reserve for the rest of the season.

Young tore his right ACL on Nov. 14, 2021, and doctors used a graft from his left patella tendon to help repair the right knee, lengthening the recovery process. Young started practicing on Nov. 2, starting his 21-day window to be activated.

Rivera has said several times that for Young the issue remains his confidence in the knee.