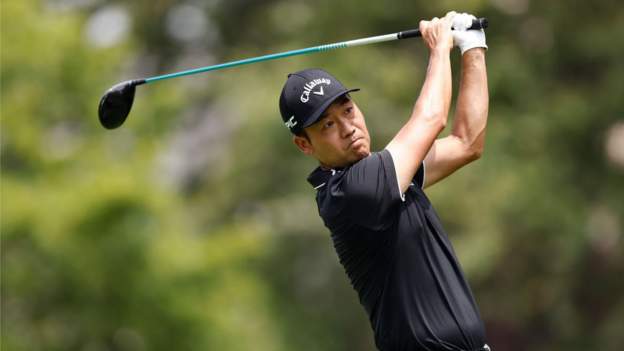 Last updated on .From the section Golf

American Kevin Na has become the fourth player to withdraw from next week's Open Championship because of international travel restrictions.

"It was a tough decision but for my family and me it is best to skip The Open this year," Na said.

"I will be back next year, it is one of my favourite weeks and I would love to hold the Claret Jug one day."

South Korea's Joohyung Kim, Sungjae Im and Si Woo Kim have also pulled out because of travel requirements, with the latter two choosing to use the time to prepare for the Tokyo Olympics which starts on 23 July.

Australian Cameron Davis, who won Sunday's Rocket Mortgage Classic, was first reserve but cannot attend because of the restrictions, meaning second reserve Kaymer, who is playing at this week's Scottish Open, replaces Na.

The R&A said the Open will "operate under strict government oversight", and that players will be restricted from attending bars, restaurants and supermarkets.

Players are required to stay in approved hotels or private accommodation which can be shared by four members of their team, excluding other players.

The Open was cancelled in 2020 because of the coronavirus pandemic. Up to 32,000 fans a day will be allowed to attend this year's tournament as part of the government's Events Research Programme.