5 big signs that travel is roaring back - 3 minutes read 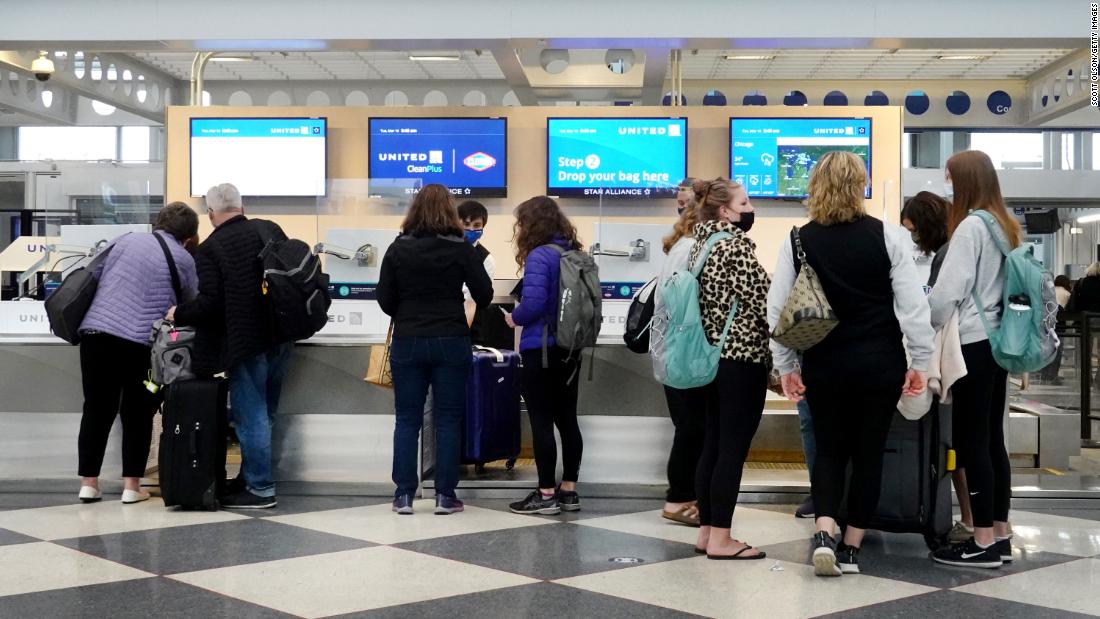 New York (CNN Business) Vacation deprivation is about to be replaced by a travel boom , according to Expedia CEO Peter Kern.

He told CNN's Julia Chatterley earlier this week that people are beginning to think about their future travel "very quickly." Reservations on the travel website for some parts of the United States this summer are "all booked up" and he expects Europe will soon follow as the number of vaccinations grow.

Of course, "normalcy" for the travel industry is still a long way off because of the lack of business travel and the continued closure of many international borders.And the Centers for Disease Control and Prevention is still urging Americans — even those who have been vaccinated — not to travel.

But leisure travelers itching for a getaway have helped spur demand for US airlines, Airbnb and hotel chains.

Here are some major signs that there's a travel turnaround:

"The last three weeks have been the best three weeks since the pandemic hit," American Airlines CEO Doug Parker said about advanced ticket sales. "We're getting very close to 2019 levels in total bookings."

JetBlue CEO Robin Hayes echoed the optimism, saying there's "a lot of pent-up demand." He added: "As people are getting vaccinated, they're jumping on airplanes to see people they haven't seen in year."

In a note to employees Thursday, Delta Air Lines CEO Ed Bastian said it has "seen positive momentum in recent weeks," adding that it could break even sometime soon. "This gives me optimism that a return in demand is underway," he said.

Air travel is up from a year ago for the first time since the pandemic began. About 1.4 million people passed through US airport security checkpoints on Thursday, according to the TSA, up from the 780,000 who were screened on the same day last year.

Still, Thursday's numbers are still at a heavily depressed level, because it's roughly 60% of the traffic the same day in pre-pandemic 2019.

Bookings for "warm weather locales, small beach towns, and access to state and national parks" are fueling Airbnb. The home-sharing website said this week that it's seeing more bookings because of "pent-up travel dreams."

Among the most-searched cities and regions on Airbnb are southern Maine, the Outer Banks in North Carolina, and Montana. The number of people searching for properties with outdoor spaces was 35 times higher compared with the same travel period a year ago.

The budget-minded chain has about 650 hotels across the US. The company fared better last year compared with its competitors because it was attractive to traveling medical professionals and other essential workers who had to work during the pandemic.

Disneyland is the Disney's flagship theme park located in Anaheim, California. It has been closed for more than a year because of the pandemic.

"It's the final sign that things are getting back to normal for the Disney company," Robert Niles, editor of ThemeParkInsider.com, told CNN Business of the reopening. "Having Walt Disney's original park closed, even with the others being open, was still a reminder that something was amiss."

For now, only California residents may visit the parks because of state health guidelines, the company said. Safety measures include mandatory masks for guests over the age of 2, social distancing and use of a new ticketing system to help manage capacity.