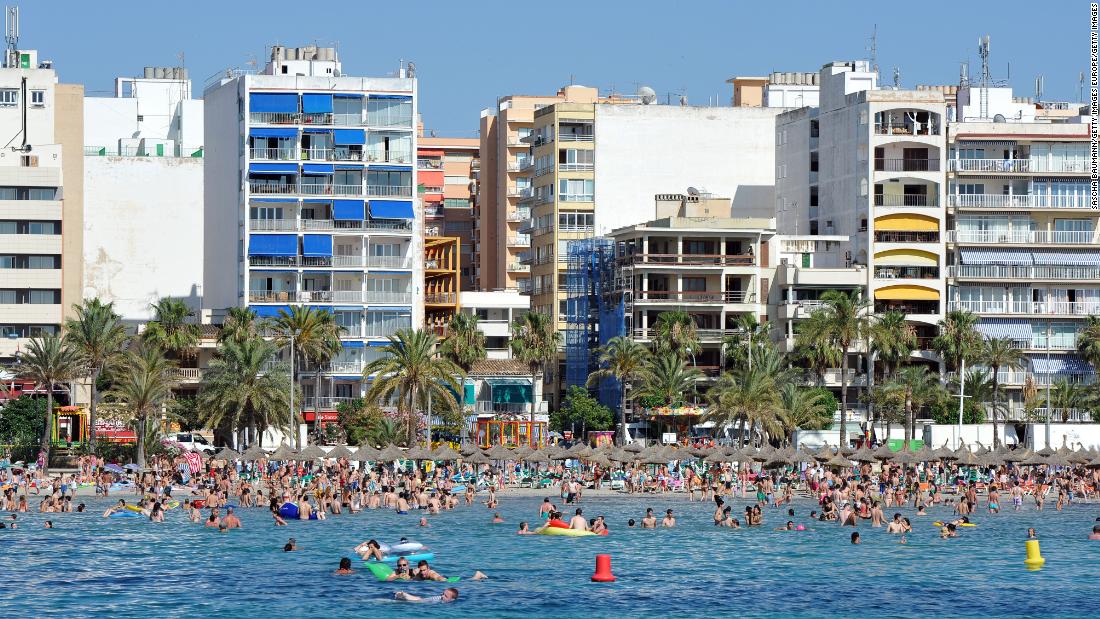 British people attempting to go on vacation while travel restrictions are still in place could face a $7,000 fine under new government legislation.

The UK's new "Roadmap Regulations," released on Monday, propose that anyone traveling outside England "without a reasonable excuse" should face a fine of £5,000 ($6,932).

The legislation -- coming a year after the UK first entered lockdown -- will be voted on by parliament on Thursday.

Under Covid-19 restrictions, nonessential travel is currently banned. Under the "Stay at Home" order, anyone leaving the country must fill out a travel declaration form, explaining the nature of their trip. UK residents returning home are quizzed by border staff on the reasons they traveled.

Currently, the penalty is £200 for not filling out a travel declaration form.

The new law is set to remain in place until June 30, meaning nonessential travel would be banned for another three months. Until now, the earliest date for the resumption of international travel had been slated as May 17.

Government officials have repeatedly warned the public that there is no certainty that they will be able to take vacations abroad this summer.

On Monday, health minister Lord Bethell suggested that the whole of Europe might end up on the UK's "Red List" of countries with dangerously high Covid-19 levels. His boss, Health Secretary Matt Hancock, has said that there are no plans for that currently.

Travelers entering England or Wales from Red List countries must quarantine for 10 days in a hotel on arrival, at a cost of £1,750 ($2,400) per person.

At present, no European countries are on there, although there is a possibility that France may be placed on it, after a surge in cases with the South African variant. Portugal has been removed from the list after a fall in case numbers.

If passed, the travel ban will be reviewed by April 12 and then again every 35 days.

The legislation proposes fines for people at airports or "embarkation points for the purpose of traveling from there to a destination outside the United Kingdom."

The £200 fine for those caught without a completed travel declaration form, even if traveling for essential reasons, will remain.

Exemptions to the legislation include those for whom it is "reasonably necessary" to travel for work, volunteering, or study abroad. People traveling for a select number of emergencies are also exempt, as are those who are resident abroad.

Those traveling to the Channel Islands, the Isle of Man and the Republic of Ireland are also exempt. However, traveling to Ireland to then fly onwards to another country will incur the £5,000 penalty.

The Welsh, Scottish and Northern Irish governments make their own decisions on travel. Currently, Wales is in line with England's guidance, and Scotland imposes 10 days' quarantine in state-managed facilities on all travelers, regardless of where they are arriving from.

Until now, Scotland and Wales had tipped May 17 as the earliest potential date for international travel, along with England. Northern Ireland had not yet made any pronouncements.

"These measures have been vital to reducing infections, hospital admissions and deaths across the country, and thanks to peoples' commitment and support, we have made strong progress.

"We are rightly ending as many national measures as safely as possible, while maintaining those which remain necessary and proportionate to help reduce and control infections further as we cautiously but irreversibly ease restrictions and our historic vaccination program continues apace."