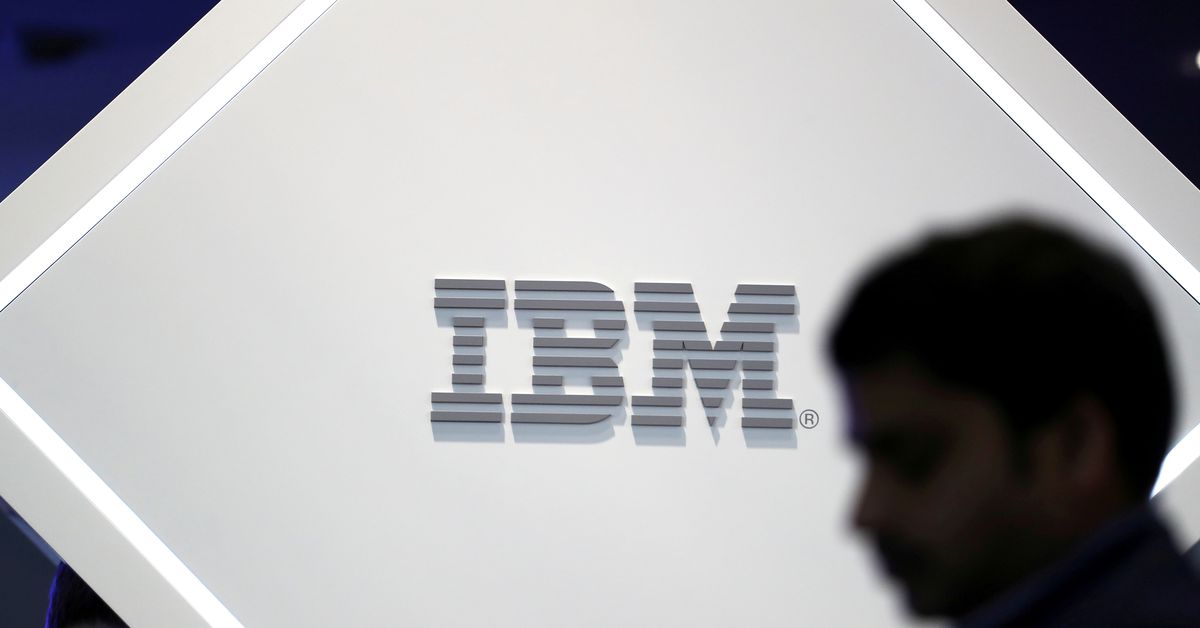 A man stands near an IBM logo at the Mobile World Congress in Barcelona, Spain, February 25, 2019. REUTERS/Sergio Perez

MADRID, July 22 (Reuters) - Spain's Amadeus will integrate IBM's digital health pass into its Traveler ID platform in a bid to simplify the verification of passengers' health credentials during the boarding process, the companies said in a joint statement on Thursday.

The aviation, tourism, and tech sectors have deepened their collaboration since the pandemic began, with a host of new digital applications and products springing up in response to a global patchwork of restrictions and requisites to travel.

IBM's system - which uses encyryption and blockchain technologies to authenticate diagnostic tests such as antigen or PCR - assigns passengers a QR code which indicates whether they are fit to fly, rather than needing boarding-gate attendants to hand-verify the details of each traveller's test.

"It also protects individual privacy since only a QR code that reflects the individuals' status – e.g. 'ready to fly' – is displayed when scanned."

By integrating IBM's Digital Health Pass into its Traveler ID system, Amadeus hopes to reassure passengers about the safety of their medical data, which the booking group says will neither be stored nor tracked - a concern shared by many would-be travellers. [ read more ]

Amadeus had launched its Traveler ID platform earlier this year as a white-label product for airlines looking to include the use of health credentials on their website or apps, so that passagers could upload health documents directly within their reservation systems. read more

Amadeus says Traveler ID currently has 10 airlines as live clients, with six of those publicly announced including Air Canada, Norwegian, and Spain's Air Europa - which British Airways owner IAG (ICAG.L) is in the process of taking over.

IBM's newly integrated service will be available as an add-on for all 10 of Amadeus Traveler ID subscribers, a spokesperson told Reuters.