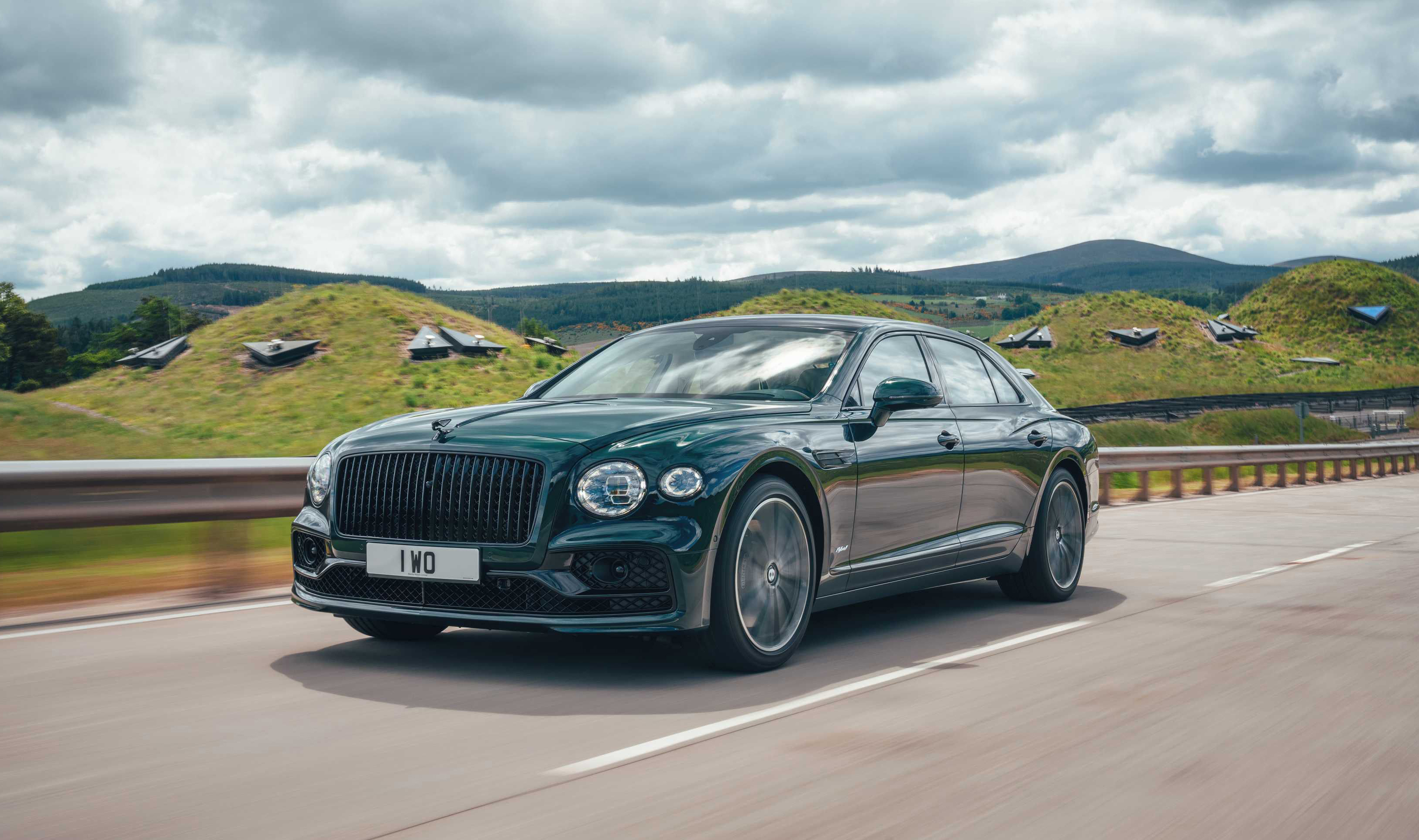 After announcing a shift to hybrid and fully electric cars by 2026, Bentley has begun showcasing the existing vehicles getting an eco-friendly makeover. Following the Bentayga Hybrid SUV, the spotlight is now on the more powerful Flying Spur sedan.

To improve emissions, the new engine uses fuel injectors and spark plugs centralized within each combustion chamber for "optimal spray patterns." While the twin-scroll turbos and catalytic converts are positioned within the V of the engine.

Bentley says the Flying Spur packs a 14.1kWh battery to offer an expected all-electric range of around 25 miles, pending certification. With many city centres requiring hybrids to switch to full EV mode, those figures will be critical. Some car makers like Fiat and BMW have even developed tech that can fully switch hybrids to all-electric drive in low emissions zones.

Similar to that feature, Bentley says the hybrid manages battery usage by automatically shifting between three drive modes, including EV, allowing it to store up energy for when you reach the city. The sedan's combined petrol-electric range is more than 435 miles.

Visually, little separates the new plug-in hybrid from the rest of Flying Spur range, apart from a charging port on the left rear wing and an understated hybrid badge on the front. As you'd expect, this is a car for the uber-rich. Prices for the Flying Spur Hybrid are expected to start from an eye-watering £160,000 in its native UK, according to Auto Express, with sales beginning this summer and deliveries to kickstart before the end of the year.