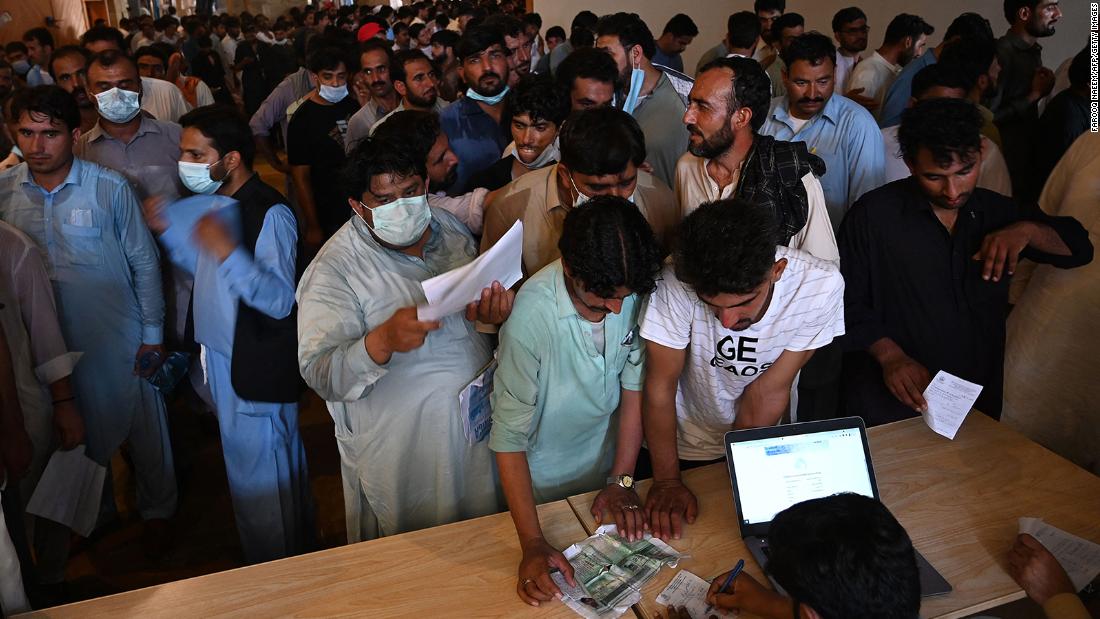 Saudi Arabia, which bars direct travel from Pakistan, has only approved the AstraZeneca, Pfizer, Moderna and Johnson and Johnson vaccines. Anyone arriving without one of those shots is required to quarantine at a cost many Pakistani workers say they cannot afford.

Pakistan has relied extensively on the Sinopharm, CanSinoBio, and Sinovac vaccines donated by ally China. That is a problem for the tens of thousands of Pakistanis who work in Saudi Arabia and contribute $7 billion a year, or a quarter of the country's total annual remittances.

"There was a big crowd and they broke down these glass doors, because they were worried the vaccine would run out," witness Muhammad Ismail, 31, told Reuters. He pointed out the shattered remnants of the vaccination center's entrance, where a huge crowd swarmed around a handful of medical staff screening people for the shots.

Other witnesses gave similar accounts, but asked not to be named. They estimated the size of the crowd at hundreds.

Protests continued at the same vaccination center on Tuesday, with an even bigger crowd, according to the Islamabad district health officer. "The number of protesters from yesterday has doubled today," said Zaeem Zia, adding: "there is complete chaos." The incidents follows weeks of growing protests in various parts of the country by Pakistani workers waiting to go back overseas for jobs. Last week, more than a thousand people protested in Khyber Pakhtunkua province over the government's lack of non-Chinese vaccines, with demonstrations in Dir and Bajaur districts. "The Saudis say they don't want the Chinese vaccine, they want these other ones," said Ismail, the witness, who has a job in a restaurant in Saudi Arabia. "Otherwise they keep you in quarantine, and that costs around 5,000 riyal (about $1,330). My monthly wages are 1,800 riyal, so how can I afford that?" Vaccines sell out in Pakistan as the private market opens, raising concerns of inequality He and four relatives traveled to Islamabad hoping to get the AstraZeneca vaccine and finally return to their jobs. They have been stuck in Pakistan for the last nine months after Saudi Arabia told foreign workers to leave late last year. Nouraz Khan, 29, is in a similar spot: He came home two months ago, and wants to go back to Saudi Arabia, but has faced serious challenges getting the necessary shots. "I have visited around six government vaccination facilities but couldn't find AstraZeneca vaccine," he said. "I am afraid about my visa expiration." Earlier this month, Pakistan began allowing people under 40 who have to travel for jobs abroad to obtain the AstraZeneca vaccine, of which the country has 1.2 million doses obtained through global vaccine-sharing initiative COVAX. Imtiaz Ali Shah, the health secretary in Khyber Pakhtunkua, said last week he was aware of the issue and that the government had ordered AstraZeneca doses. Pakistan also has around 100,000 doses of Pfizer, meant for immuno-compromised people, and the government has said it plans to purchase 13 million more doses by the end of the year.