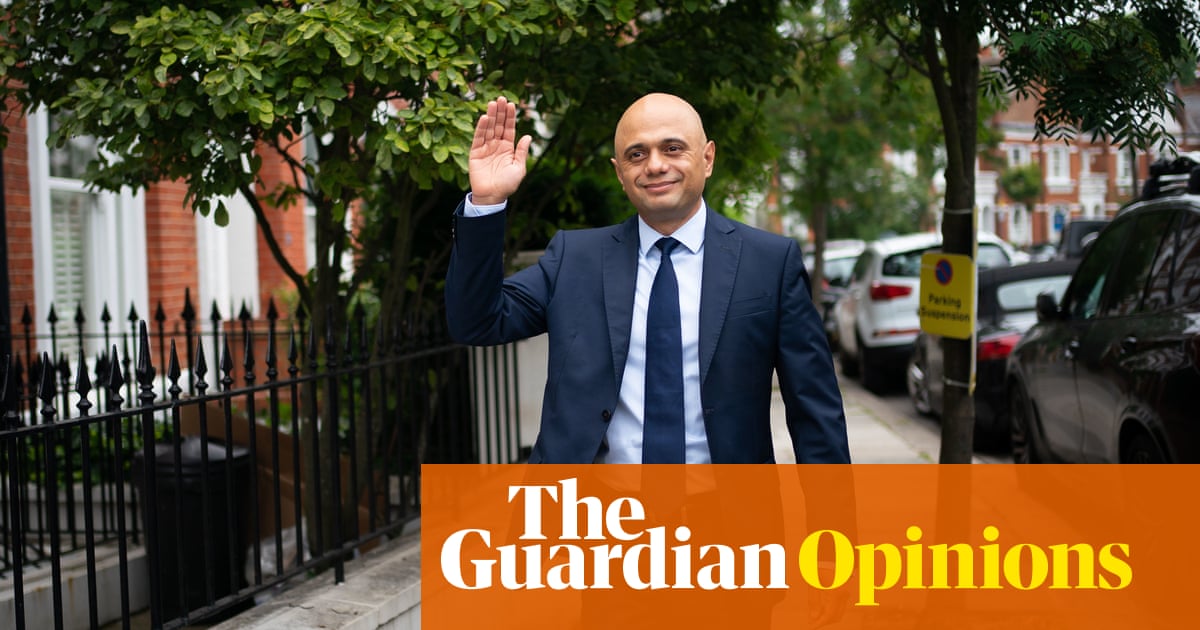 ‘Sajid Javid’s return is not unexpected. He has the experience to take over a major ministry at a critical time, and he is not Jeremy Hunt, the other obvious candidate, who is not trusted by Johnson.’ Photograph: Aaron Chown/PA Opinion Hancock’s fall catapults Sajid Javid back into the heart of Conservative politics The new health minister is arriving at a pivotal moment for a department with huge future claims on the Treasury

Thirteen months ago, Dominic Cummings faced an avalanche of demands to resign after being caught in an egregious breach of the Covid lockdown regulations. Although Cummings had clearly broken rules that he had helped to draw up, and public opinion was against him, he survived – albeit for only a few months – because Boris Johnson stood behind him.

This weekend, Matt Hancock also had Johnson’s backing. Hancock had also clearly broken his own Covid rules, and faced a hostile media and negative opinion polls. But now Hancock has gone, to be replaced as health secretary by the former chancellor Sajid Javid. This time Johnson’s support was not enough.

The contexts of the two challenges to Johnson were strikingly similar. Both breaches came from key players in the pandemic. And both took place when the Tory party had a healthy opinion poll lead, and arguably did not need to panic.

There are, though, key differences this time. First, the timing of Hancock’s resignation, early on Saturday evening, suggests he quit after learning the Sunday papers were about to publish follow-up stories about the collapse of his marriage. In Cummings’ case, in contrast, the media never quite managed to hit him with a follow-up blow after the initial scandal.

Second, the Tory party mood is now less sanguine because of the Chesham and Amersham byelection defeat. The national polls still look strong for the Tories. There is also a good case for suspecting that the threat from the loss of this once safe Tory seat may be exaggerated. But the Liberal Democrat win has terrified the suburban and shire Tories, and Hancock and Johnson both know it.

Third, there is the 19 July deadline. Cummings’ refusal to quit in May 2020 came at a time when Johnson and much of his party blithely believed the pandemic would soon be over. They were completely wrong. Thirteen months on, Johnson is again desperate to declare the Covid restrictions over, but in spite of the vaccination transformation, bitter experience has made the government more cautious. The sharp rise in Delta variant cases continues to increase the pressure in ways that the Johnson of May 2020 thought he could ignore. The four-week extension to England’s roadmap out of lockdown signals continuing ambivalence. So does last week’s ministerial hedging about travel rules. As the deadline nears, it seems possible some rules will remain in place. The politics of that are extremely tricky. Hancock would not have been a credible voice of authority.

Hancock’s resignation is also a reminder that Johnson’s government is not exempt from the wear and tear that gnaws away at all ministries. The churn of resignations and sackings that so spectacularly marked Theresa May’s ill-fated government is beginning to mark Johnson’s too.

Javid’s return is not unexpected. He has kept his head down since quitting as chancellor. He has the experience to take over a major ministry at a critical time as tough decisions loom. And he is not Jeremy Hunt – the other obvious candidate – who is not trusted by Johnson.

As a health secretary who was a former chancellor, albeit one who never delivered a budget, Javid must quickly adjust to being a gamekeeper-turned-poacher in the Whitehall spending battle that looms over the summer. He comes to a department with huge future claims on the Treasury, both for the NHS and on the still unresolved reform of social care.

He also faces key management decisions. With the ousting of Cummings, whose determination to control the appointment of Treasury advisers led to Javid’s resignation as chancellor, Javid’s internal appointments will be important. He will also be pivotal in choosing Simon Stevens’ successor as head of NHS England, a post for which the controversial former test-and-trace chief, Dido Harding, is openly campaigning.

All of this catapults Javid back into the very centre of Conservative politics. If it is true, as Cummings recently claimed, that Johnson plans to quit after the expected 2023 election to “make money and have fun”, then Javid is again a strong contender for the succession. His return means there may now be three leading British Asian candidates – Javid, Rishi Sunak and Priti Patel – in the next contest to be Tory leader and possibly prime minister. Yet, even today, few Tories would rule out another run for the ultimate political prize by the now humiliated but ever ambitious Hancock.