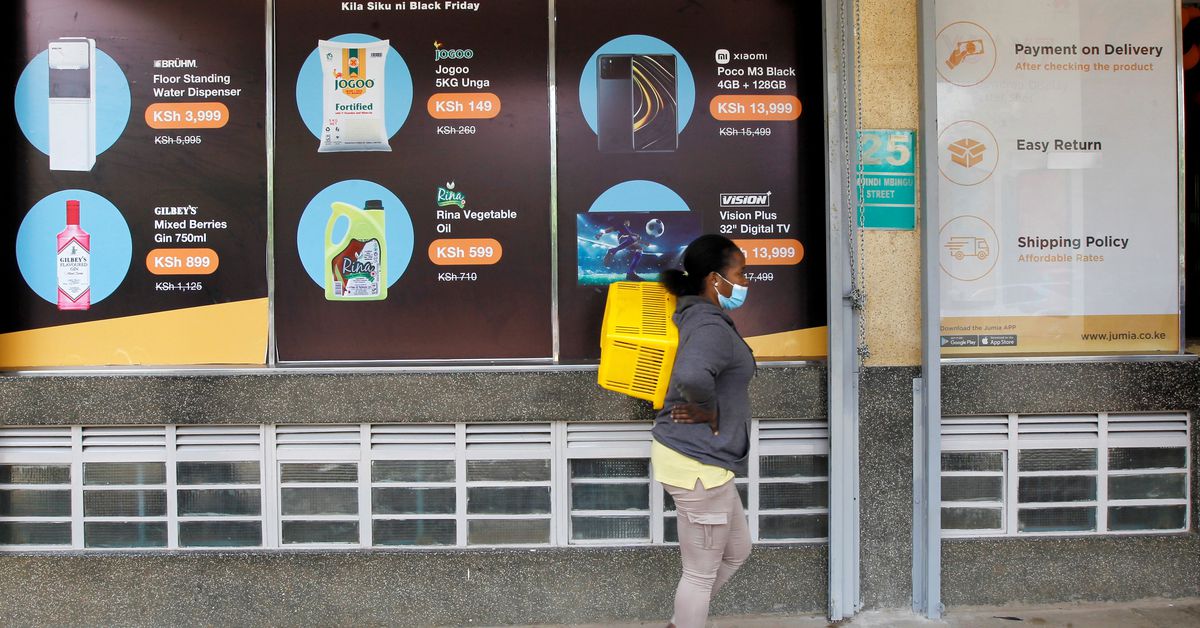 Aug 10 (Reuters) - African e-commerce firm Jumia Technologies said on Wednesday it was past peak losses and would focus on promotions, marketing and cost cutting in its quest towards profitability, driving its shares up 16% despite a wider quarterly loss.

Jumia is an online marketplace for vendors and food sellers, with associated services including logistics and payments. It was the first Africa-focused tech startup to list on the New York Stock Exchange in 2019.

It reported an adjusted loss before interest, tax, depreciation and amortisation of $57.2 million for the second quarter ended June 30 from $41.6 million in the same period last year.

The company did not say when it expected to make a profit, but said achieving that would take a combination of measures including promotional discounts, ramping up marketing and cutting costs at warehouses by reducing consumption of packaging.

"There is not ... a silver bullet that will suddenly make it profitable," Chief Executive Officer Sacha Poignonnec told Reuters in an interview.

Poignonnec brushed off possible competition from Amazon.com (AMZN.O) after a news report said that it could make a foray into countries including Nigeria and South Africa, markets where Jumia has a presence.

"If they were to enter those markets, ... it would be a great validation of the attractiveness of e-commerce in Africa," he said.