Millions of dollars and 3.5 years, and it all came down to this - 3 minutes read 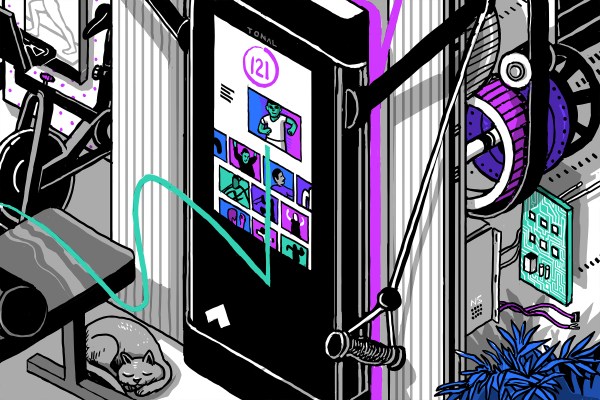 Millions of dollars and 3.5 years, and it all came down to this

Tonal EC-1 Part 2: Product launch and marketing a product is a nonevent for many startups. In software, it’s not uncommon to put together a flimsy working prototype over a couple of hours and publish it immediately to start generating feedback from early users and get that iterative flywheel spinning.

Launching has a very different meaning, though, for hardware. Once that physical product leaves the warehouse, the design team can’t patch the hardware itself. It’s got to work reliably, be easy to use and most importantly, be safe for users straight out of the box. Even more important than readying the product itself is the sales and marketing engine that accompanies a launch. For hardware startups, a mislaunch may well lead straight to bankruptcy as hardware inventory piles up and cash flow becomes constrained. You just can’t get a launch wrong.


Getting to a point where the prototype was usable and somewhat reflected the final product in its feature set was a lengthy process.

In part one of this EC-1, we looked at the three-and-a-half years of Tonal’s origins and how a scrappy entrepreneur in the form of founder and CEO Aly Orady continued to iterate upon prototypes of an all-in-one strength-training device powered by electromagnetics — a technology he had never worked on before. We also saw how he eventually won over several investors including Bolt, Mayfield, Shasta and Sapphire Ventures, who saw the potential in his device once they experienced it for themselves.

Tonal’s individual components were all ready, but how should it bring them together and create a successful launch?

Company building, brand building, launch strategy and marketing tactics are key to the success of most startups — and that’s what this second part of the Tonal EC-1 is all about. We will look at how Tonal’s designers changed the product based on feedback during its beta period. We’ll look at how Tonal’s product focus on strength training forced it to adapt a typical hardware launch strategy to optimize for the consumers it was hoping to target. Finally, we will explore the company’s marketing and launch strategy — and one key and seemingly smart decision at the time that proved to be an early blunder and humbling lesson in hindsight.

Unlike, say, productivity software where a user might be logged in for much of a work day spewing out usage data, Tonal is a strength training device, which means that users only use it for a limited period of time a couple of days per week. That made receiving sufficient authentic feedback on early units challenging.

Getting to a point where the prototype was usable and somewhat reflected the final product in its feature set was therefore a lengthy process. Following the small alpha trial in 2016 that Ripped Labs (later renamed Tonal) performed in a San Francisco apartment, the startup began an extensive year-long beta trial in early 2017 that placed prototype devices into 25 homes with at least two people in each home, and the company tracked those users for a year.