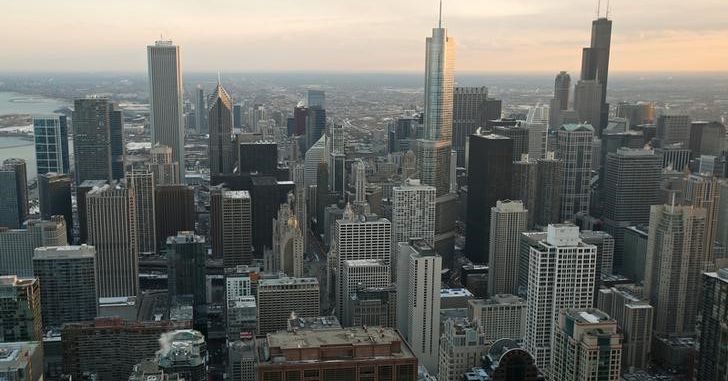 (Reuters) - Some U.S. law firms may never return to their fully office-bound, pre-pandemic ways. But that doesn't mean they have given up on office space as a marketing and recruiting tool.

Cooley's office opened April 18, less than a year after the firm entered Chicago. Though office attendance may be optional for its lawyers, having a permanent office in a high-end commercial building was always a must, firm leaders said.

The cost of Class A space in Chicago has stayed relatively stable despite the pandemic, according to real estate firm Savills. Average asking rent -- the amount landlords advertise to prospective tenants -- hit $49.06 per square foot in Q1 2022, an "all-time high," Savills found.

"There are certain rents that are required to make the building work initially," he said.

Cooley and the other law firm tenants in the tower declined to say what they're paying in their new locations. Cooley, King & Spalding and Morgan Lewis said their new Chicago offices are larger than their old ones; Perkins Coie, meanwhile, has highlighted its new office's efficiency, saying it can host more employees in less space.

Law firms have been reducing the size of individual lawyer offices since before the pandemic. But that trend accelerated with the remote work revolution sparked by COVID-19, said Ryan Hoopes, a senior director at global real estate firm Cushman & Wakefield.

The pandemic also pushed commercial landlords to offer concessions like months of free rent or more options to craft the leased space to their liking, Learner said.

The law firm offices at 110 Wacker have standard modern office features like lots of natural light and collaboration spaces. The firms added their own flourishes, like Chicago-inspired conference room nicknames at Cooley and Perkins Coie. King & Spalding has its own custom ping-pong table.

Morgan Lewis' cafe-style lunchroom has a Roku TV, "so if any of our Chicago sports teams are actually succeeding, we will be able to watch that," said co-managing partner Scott Schutte.

The building is located on the western edge of Chicago's central business district, the Loop, a short walk to commuter hubs.

"From logistics or geographic standpoint, it just makes a lot of sense," said Richard Sevcik, who leads Perkins Coie's office. "That's why you're seeing a lot of new buildings going up in this area."

That includes the BMO Tower at 320 S. Canal St. in the West Loop and the Salesforce Tower at 333 W. Wolf Point Plaza. The Salesforce Tower is the future home of Chicago-founded Kirkland & Ellis, while New York's Skadden, Arps, Slate, Meagher & Flom is eyeing the BMO Tower, according to local media reports last week. A Skadden spokesperson did not respond to a request for comment on its plans.