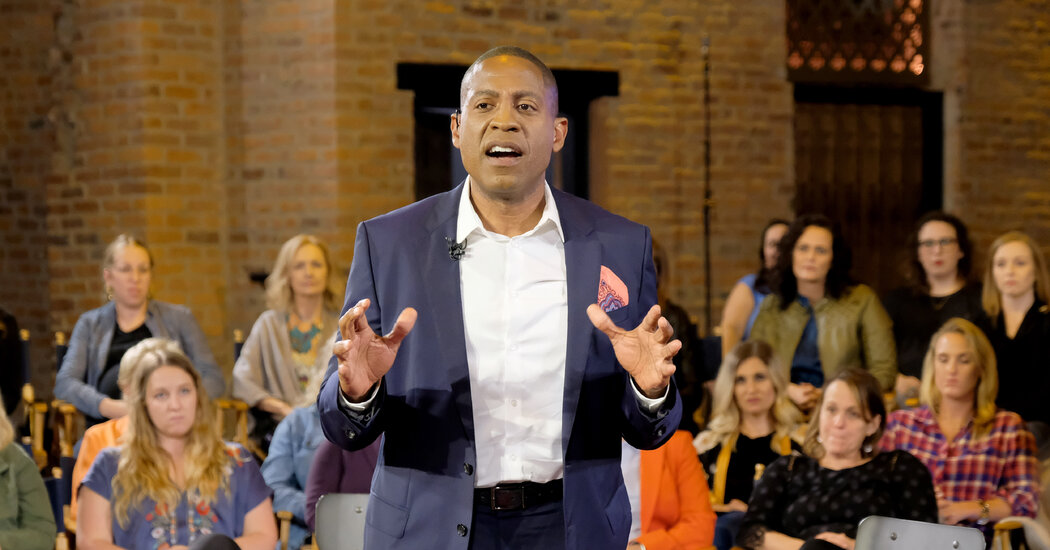 Ozy Media’s co-founder and chief executive, Carlos Watson, resigned from the board of NPR, the public radio organization said on Friday.
“Mr. Watson’s resignation is effective as of today,” the chair of NPR’s board, LaFontaine E. Oliver, said in a statement.
The resignation came five days after The New York Times published an article by media columnist Ben Smith that raised questions about Ozy’s business practices, including detailing an incident in which an executive apparently impersonated a YouTube executive as Ozy was trying to raise money.
Mr. Watson joined NPR’s board in 2016, and was elected to another three-year term in September. The board’s governance committee was scheduled to meet on Friday to discuss Mr. Watson’s position, NPR reported.


On Thursday, The Times published another report from Mr. Smith that, last year, Ozy hired a team to make a talk show for the cable network AE — “The Carlos Watson Show,” hosted by Mr. Watson. Guests were told the show would air on AE, and the show’s executive producer was told it would premiere in August 2020 in prime time.
The problem: AE said there was no such deal. The executive producer resigned after finding out, writing to Ozy’s leaders: “You are playing a dangerous game with the truth. The consequences of offering an AE show to guests when we don’t have one to offer are catastrophic for Ozy and for me.”
Here’s what we know about the turmoil at Ozy.
Mr. Watson said the show was being produced for AE, then YouTube Originals. Neither happened.
When the executive producer, Brad Bessey, resigned, he told the show’s staff that the program was not, in fact, going to be shown on AE. Mr. Watson then told the people on the Zoom call that “The Carlos Watson Show” would eventually wind up on AE, according to Mr. Bessey and one other person on the call. Until that time, Mr. Watson added, the show would appear on YouTube as part of its YouTube Originals, a slate of programming made by professional studios and paid for by YouTube.
“The Carlos Watson Show” ended up appearing on Ozy.com and on YouTube, although not as a YouTube Original. A YouTube official confirmed that the show was not a YouTube Original. Mr. Watson and an Ozy spokesperson did not reply to requests for comment.
Read more about the proposed AE show →
The chairman of Ozy’s board stepped down.
Marc Lasry, the chairman of Ozy’s board and a hedge fund manager who is also a co-owner of the Milwaukee Bucks, resigned on Thursday, four days after The Times reported that someone from Ozy appeared to have impersonated a YouTube executive during a conference call with Goldman Sachs bankers while the company was trying to raise $40 million.


“I believe that going forward Ozy requires experience in areas like crisis management and investigations, where I do not have particular expertise,” Mr. Lasry said in an emailed statement. “For that reason, I have stepped down from the company’s board. I remain an investor in the company and wish it the best going forward.”
Read more about the resignation of Mr. Lasry →
Ozy lost a star anchor.
Katty Kay, who left her job as a BBC anchor and correspondent to join Ozy in June, said on Wednesday that she had resigned. “The allegations in The New York Times, which caught me by surprise, are serious and deeply troubling, and I had no choice but to end my relationship with the company.”
Read more about the resignation of Ms. Kay →
It also lost a key investor.
SV Angel, led by the venture capitalist Ron Conway, informed Ozy on Tuesday that it was giving up the shares it had acquired in the company in 2012, according to an adviser to SV Angel. (Axios first reported that SV Angel was giving up its shares.)
The board is investigating.
The board said on Tuesday that it had hired Paul, Weiss, Rifkind, Wharton and Garrison, a large international firm with headquarters in New York, to conduct a review of Ozy’s business activities. The board also said it had asked Samir Rao, the chief operating officer of Ozy and the person who apparently impersonated the YouTube executive, “to take a leave of absence pending the results of the investigation.”