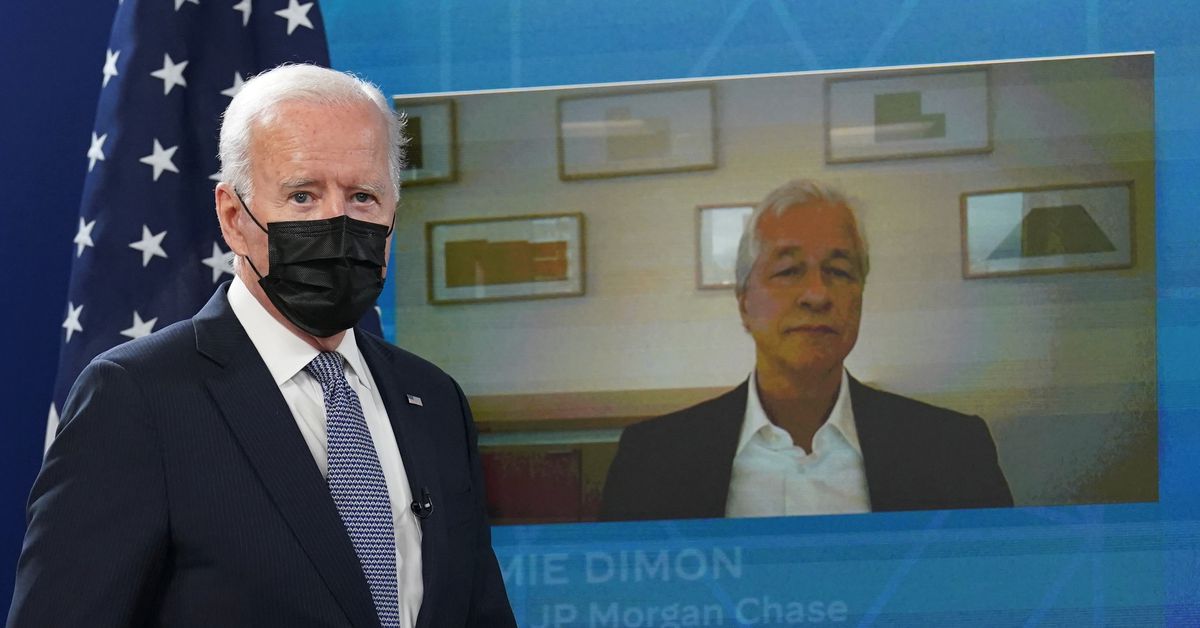 JP Morgan Chase CEO Jamie Dimon is seen on the video screen as U.S. President Joe Biden arrives for a hybrid virtual meeting with business leaders and CEOs about the debt limit at the White House in Washington, U.S., October 6, 2021. REUTERS/Kevin Lamarque

The three and other business leaders met U.S. President Joe Biden at the White House to pressure Republicans in Congress to vote for a debt ceiling increase, saying their opposition will take America "right to the brink." Yellen has warned the Treasury would have "very limited cash" after Oct. 18.

"This would be a catastrophic outcome," Yellen said on Wednesday. "It must be resolved immediately."

Republicans want Democrats to raise the debt ceiling using reconciliation, a process that would not require Republican votes. Democrats have refused, saying Republicans should join them in the vote because the debt includes about $8 trillion in spending approved during Republican Donald Trump's presidency.

A rift over the debt limit has been growing between corporate America and congressional Republicans, who are traditionally aligned on economic issues.

Friedman said that an extended delay in raising the U.S. debt limit would cause markets to react "very, very negatively," adding: "We urge action as quickly as possible."

Dimon said the cascading effect of a U.S. market meltdown could lead to global catastrophe for the world.

"We should never even get this close," he said. "This is a time when we should show "American competence, not American incompetence."

"We don’t need a catastrophe of our own making to undermine the progress we have made."