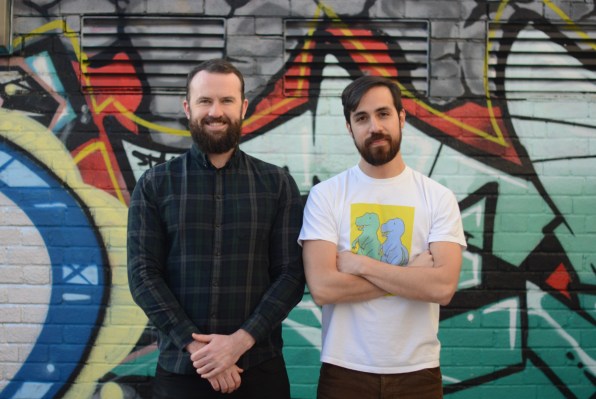 Ask almost any startup founder and they’ll tell you that business banking is mostly broken. Legacy banks typically provide a clunky user experience trapped in the past. New challenger banks show a lot of promise on the UX front but often come with an immature feature set that hits a wall as soon as a company grows larger.

To continue building out its product and move beyond the current invite only launch, the U.K. startup has raised $2.8 million in seed funding. Leading the round is ADV, with participation from YC, Oriza Ventures, and angel investors including Jude Gomila.

“Despite this, very few actually want to switch banks – it’s just more time wasted. They don’t have to anymore with Rebank because we work in connection with their existing banks. This means it’s easier and faster to start using Rebank than other options out there”.

Andrade started his career in insurance before moving into payments and building new card products for Ukash, the payments startup based in London that was acquired by Skrill in 2015. He was also most recently Head of Payments at Secret Escapes, the Google Ventures-backed travel company.

Rebank’s other co-founder, Simon White, started his career as a systems engineer at Unisys and Thales, working with the Australian government on large scale defence and military projects before relocating to London. He was also an early engineer at Fincluster before joining the founding team at Soreto, the e-commerce rewards startup backed by New Look founder Tom Singh.

Andrade says it was while at Secret Escapes that he saw up close many of the pain-points of business banking, especially for a fast-growing company. “We founded Rebank back in Jan 2018 after Simon and I had shared the pains of working with various business banks during our previous roles. Every subsequent conversation with founders and finance teams only fuelled the desire to work on this problem more,” he tells me.

Specifically, Rebank has been built to address two main issues faced by companies today: “unintuitive interfaces and complicated payments”. The platform offers a consolidated and real-time picture of money going in and out across multiple connected bank accounts and can also be used to initiate payments.

Andrade says finance teams are already preferring it to their existing banking apps and that Rebank has customers in the U.S., Canada, and the U.K., amounting to 70 startups and mid-size companies generating $50 million in transactions. For the time being, the business model remains straightforward, too. Rebank charges a subscription fee, starting at $50 per month.

“We bootstrapped the first year; setting up a regulated company as a team of two was demanding. Despite having to split legal, compliance, tech, and product between two people we made good progress and were accepted into Y Combinator at the end of 2018. After graduating from YC we raised our seed round from U.S. and U.K. investors. Things have been moving pretty quickly since then!”