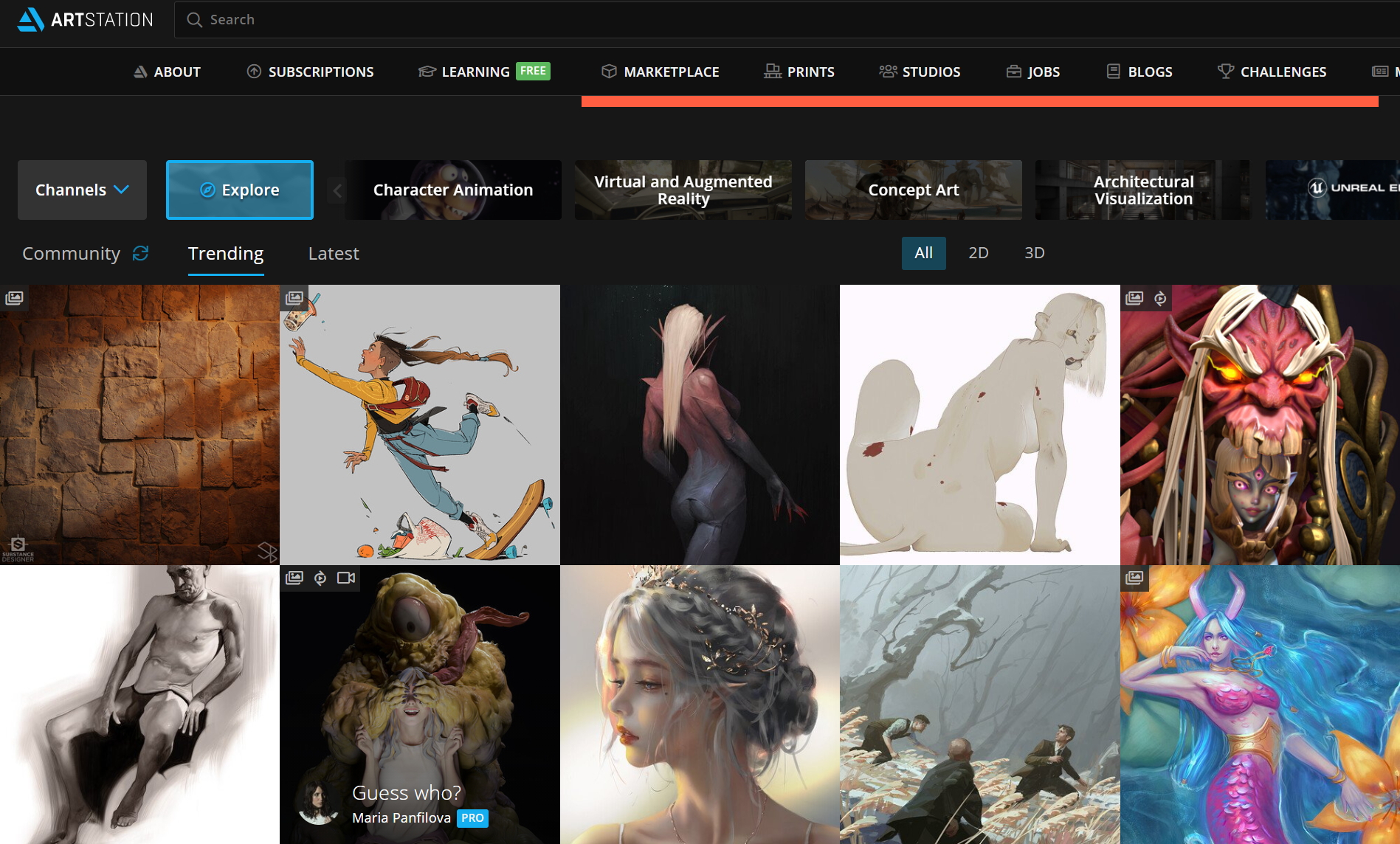 Epic Games has added another hyphen to its multi-hyphenate business with the acquisition of ArtStation, the premier hosting website for CGI- and videogame-focused artist portfolios. The site features a large number of works from talented amateurs and established professionals, like Horizon Zero Dawn robot designer Mike Nash and character artist Leticia Gillett (Disney, Dreamworks).

ArtStation is also a marketplace for digital assets ranging from 3D models to game assets. As part of the acquisition, Epic announced that it has dropped the site's standard marketplace fee from 30 to 12 percent, much as it did with the Epic Games Store. The company is also making lectures and tutorials in ArtStation's learning section free until the end of 2021. That includes a large library of materials from luminaries like Disney director Kevin Lima, ILM pioneers Steve Williams and Mark Dippé and others.

Epic Games not only develops and publishes games, but runs the Epic Games Store. It also builds the Unreal Engine that powers numerous games, VFX platforms used in films and movies and even things like the Hummer's infotainment system. Epic has promised that ArtStation "will continue to operate as an independently branded platform while collaborating closely with the Unreal Engine team."