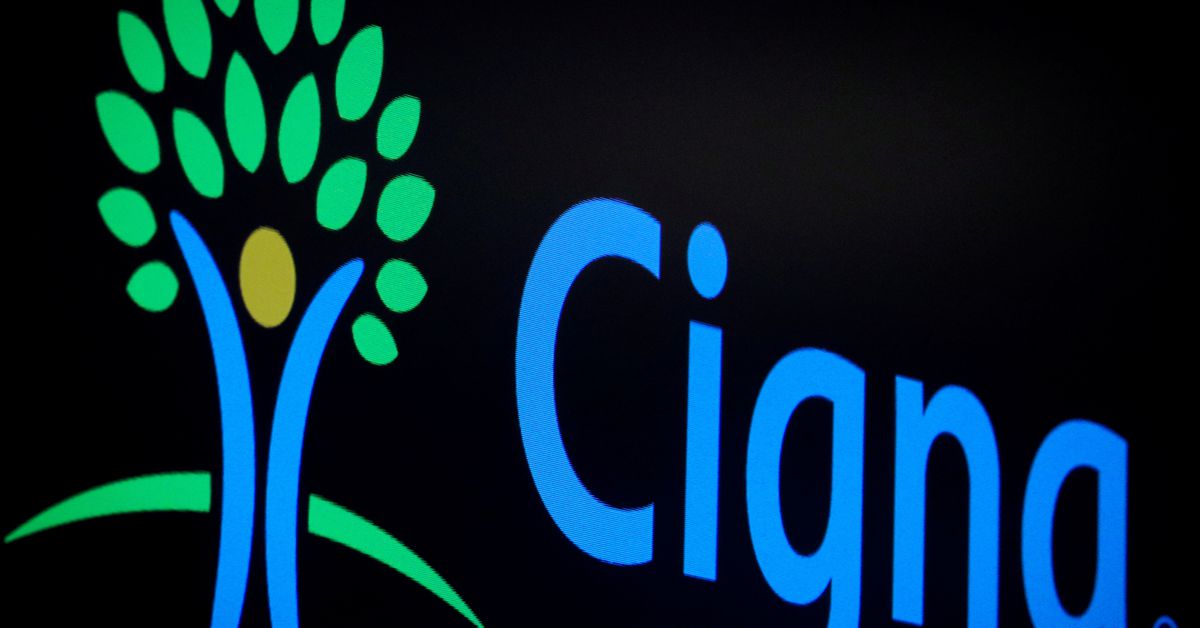 A screen displays the logo for Cigna Corp. on the floor at the New York Stock Exchange (NYSE) in New York, U.S., July 16, 2019. REUTERS/Brendan McDermid/File Photo

The appointment comes as the health services unit, which was rebranded last September to Evernorth, has shown resilient growth in the last few quarters.

Palmer, who has been with Cigna for 23 years and most recently served as the chief operating office of Evernorth, will start in his new role from January.

Tim Wentworth, the current CEO of Evernorth, will retire by the end of this year, the company said.

Health insurers are facing several challenges due to the COVID-19 pandemic, including direct costs related to testing, treatment and vaccinations, as well as higher disenrollment in employer-sponsored plans caused by its economic impact.

The pharmacy benefit management business Cigna acquired through the 2018 buyout of Express Scripts is part of the unit, as well as the company's specialty pharmacy business Accredo.

Reporting by Mrinalika Roy in Bengaluru; Editing by Sriraj Kalluvila