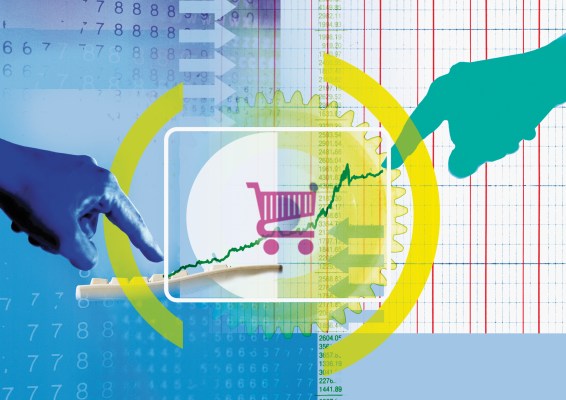 “Headless” commerce — a set of tools that companies can use with their own customized front ends to build apps for selling goods and services — have become a huge business, not just because companies are seeing a bigger demand than ever before for people buying online, but because those companies are generally more focused in their own strategies around how and what they want to present to the world.

Today, one of the companies building headless tools is announcing a round of funding as it continues to expand its business.

Commerce Layer, which provides a set of APIs for businesses to build e-commerce apps with their own, customized front ends, has raised $16 million — money that it will be using to continue expanding its business and adding more commerce tools into its API library.

Currently Commerce Layer provides tools to build your own mobile, wearable and voice apps, point of sale solutions, subscriptions, and multi-vendor commerce models (as you might have in a marketplace), along with services like building your own shopping carts and turning print catalogues into interactive, “shoppable” digital experiences.

Filippo Conforti, the CEO and co-founder, said it plans to bring in a lot of new features. On the roadmap are a new developer dashboard, a command-line interface (CLI) and order management system, and a hosted checkout application, metrics API, a reporting application, and better support for subscription and marketplace models.

This latest Series B round is being led by Coatue Management, with general partner Caryn Marooney (who has led comms at Facebook, among many other high-ranking comms roles) taking a seat on Commerce Layer’s board. Previous investors Benchmark and Mango Capital also participated. Benchmark led Commerce Layer’s Series A about a year ago.

That round came at a very key moment for the startup. Based just outside of Florence, Italy, and coming just on the heels of the first rush of COVID-19 cases in Europe — where for a time Italy was the epicenter of the pandemic — it was an early sign not just of how startups were able to keep working, but how investors were willing to back the best of them, even in times of uncertainty.


It also turned out that e-commerce became one of the big stories out of 2020, as more consumers went to digital channels to shop at a time when they couldn’t go to stores as easily, if at all.

That has definitely had a knock-on effect for Commerce Layer. Conforti told me that the company saw its revenues grow 6x in the last year — albeit it was starting from a small place, with only six customers on its books back in May 2020. It now has around 26 businesses using its tools, he said, including Chilly’s, Brioni, SumUp, Paradox Interactive and Coca-Cola Embonor (a company that works under a Coca-Cola license to make and distribute drinks in Chile and Bolivia).

The interesting thing about “headless” platforms is that they are becoming a much bigger part of the equation when it comes to building and running e-commerce experiences. That seems to be a sign not just of how the sector continues to mature in terms of retailers and how they are looking for more than a plug-and-play, one-size-fits-most approach in their own strategies. It also speaks to the growing range of permutations of how and where people sell today, and the need for tools to address that.

While Commercetools is one of the bigger “headless” commerce providers, and whose founder even coined the term “headless commerce”, there are a number of others now building tools to help companies build more unique e-commerce experiences, including the likes of Spryker, Swell, Fabric, Chord and Shogun. Even Shopify has stepped into the fray with Shopify Plus.

“eCommerce has become core to our everyday lives. As a result, big brands and enterprises need better ways to shift from retail and build exceptional online storefronts. We believe that Commerce Layer is building the API platform for this new category, and we’re incredibly proud to join them in pursuing their ambitious and exciting vision,” said Marooney in a statement.