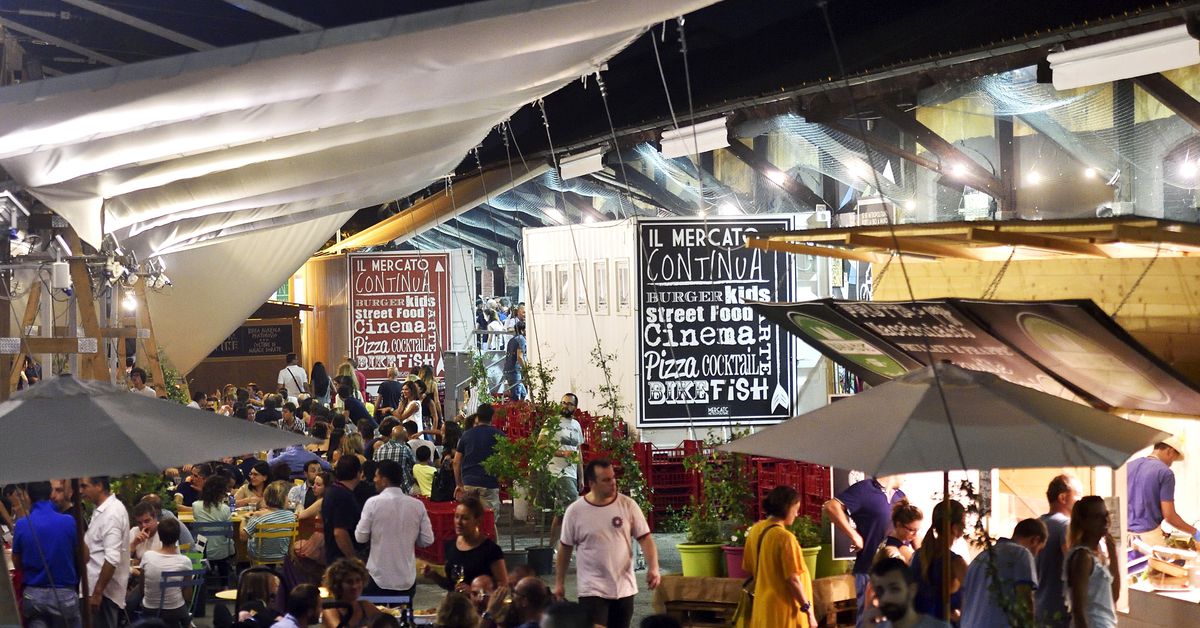 People are seen at the Metropolitan market in Milan, August 29, 2015. REUTERS/Flavio Lo Scalzo

ROME, June 24 (Reuters) - Morale amongst Italian businesses rose in June across all the main sectors, but consumer morale tumbled during the month, data showed on Friday.

National statistics institute ISTAT's manufacturing confidence index climbed to 110.0 in June from a revised 109.4 in May, higher than a median forecast of 108.5 in a Reuters survey of 11 analysts.

The May figure was previously given as 109.3.

ISTAT's composite business morale index, combining surveys of the manufacturing, retail, construction and services sectors, rose to 113.6 from an upwardly revised 111.0, with the services sector registering the sharpest increase. The May figure was previously given as 110.9.

By contrast, consumer confidence this month dropped to 98.3 from 102.7 in May, against a median forecast of 102.5 in the Reuters' poll. It was the lowest reading since November 2020, when sentiment was hit by a resurgent coronavirus.

"There is a widespread worsening of all variables that make up the calculation of this indicator, with the exception of those referring to savings," ISTAT said.

Prime Minister Mario Draghi's government revised down in April its 2022 economic growth forecast to 3.1% from a 4.7% projection made last September, partly due to the fall out of Russia's invasion of Ukraine, which has pushed up energy costs and heightened uncertainty for businesses. read more

But while the euro zone's third largest economy still faces many headwinds, it seems to be holding up better than expected a few months ago when some economists were forecasting a recession triggered by surging prices.

Earlier this month, ISTAT reported that Italian industrial output was much stronger than expected in April, rising 1.6% from the month before. read more