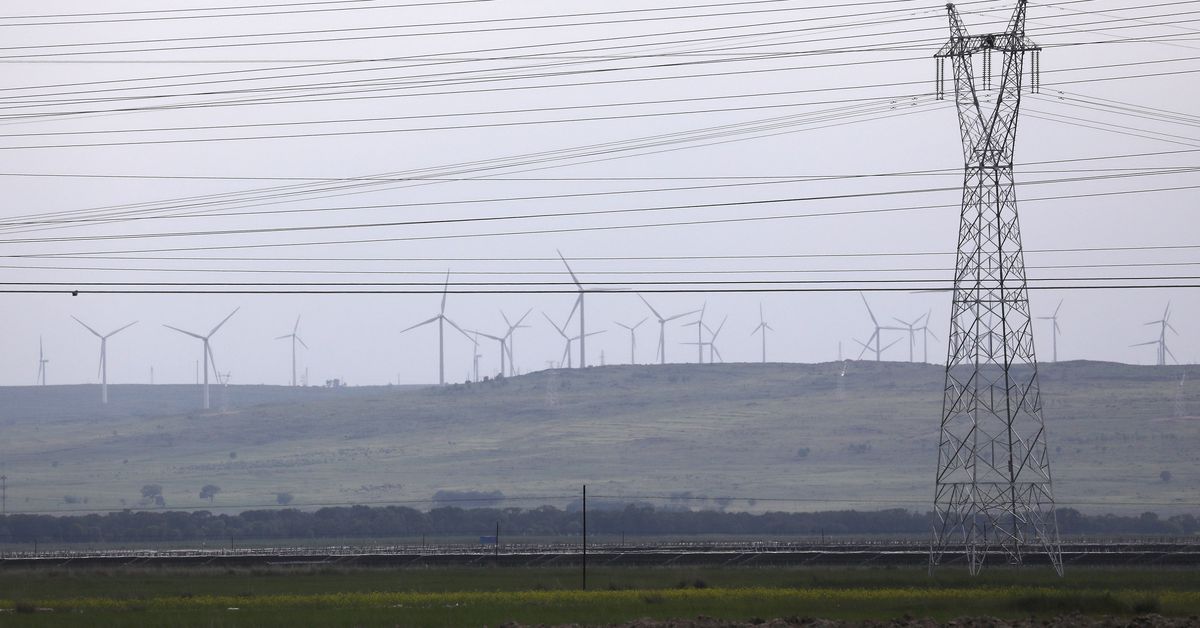 An electricity pylon and powers lines are seen against a backdrop of wind turbines in Zhangjiakou, Hebei province, China July 15, 2021. REUTERS/Tingshu Wang

SHANGHAI, Oct 13 (Reuters) - China's power shortages will likely force some European companies operating there to delay orders and some firms are unhappy about how authorities notify them about power cuts, a European business group said on Wednesday.

"Many members think they have to delay their orders, their customers are unhappy, so it affects their normal business, and maybe some customers will cancel their orders," Klaus Zenkel, vice president and chair of South China at the European Chamber of Commerce told reporters at a media briefing.

Other member companies have complained that factories often get notice from local governments of power shutdowns on the day itself, which limits manufacturers' ability to plan for them, said Bernhard Weber, vice-chair of the European Chamber's Nanjing chapter.

"Companies are notified in the middle of the night via SMS that power cuts are coming," said Weber.

Only in an economic zone in the city of Wuxi do authorities issue factories a daily power quota on a month-by-month basis, he said.

"All the other regions, all the other cities, they do it on a day-to-day basis. So you never know whether you can produce, basically, from shift to shift."

Zenkel also said that some companies had to rely on their own diesel generators when they lost access to the regular power supply.

Worsening power shortages in China last month halted production at numerous factories including many supplying companies such as Apple (AAPL.O) and Tesla (TSLA.O), triggered by a shortage of coal supplies.

The energy crisis gripping the world's second largest-economy and top exporter is expected to last until the end of the year, with analysts and traders forecasting a 12% drop in industrial power consumption in the fourth quarter because the coal supply is expected to fall short this winter. read more

Joerg Wuttke, president of the chamber, said that Oct. 15 and Nov. 15, when China's centralized heating system starts servicing the public across the north, will be critical tests for industry.

There could be more component shortages and price increases if the power cuts persist into the Christmas season, he added.

"We are in for a marathon, we are not in for a sprint."