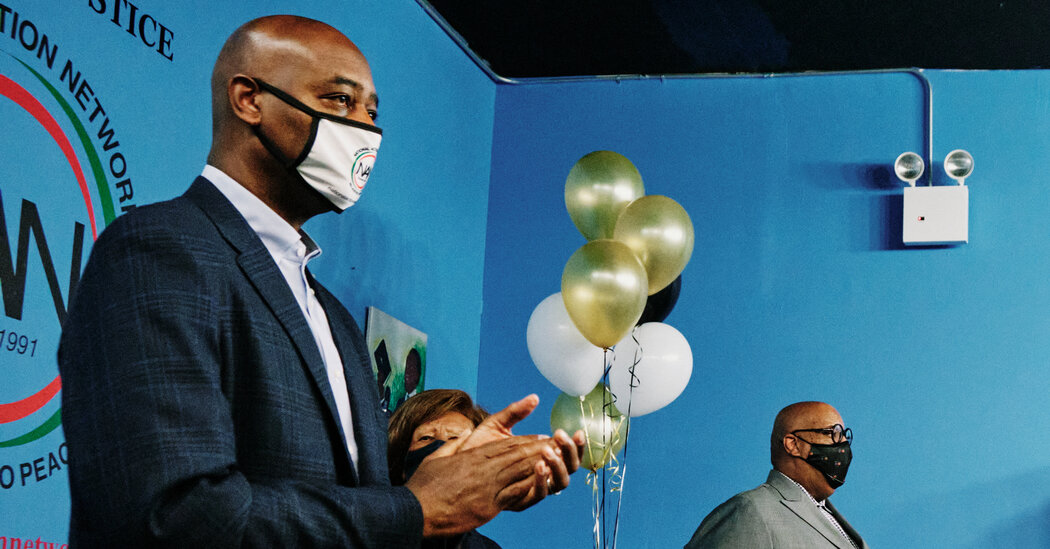 Mr. de Blasio has mostly avoided any relationships with business leaders, long priding himself on being a champion of the working class. When asked in December about equity in education, the mayor said that his “mission is to redistribute wealth.”
As the 2021 mayoral field began to take shape, it became clear that none of the presumed front-runners seemed interested in working with business leaders, and Mr. McGuire was strongly encouraged to enter the race.
A tipping point came last year, when the mayor was asked whether he worried that the wealthy were abandoning the city during the pandemic. The mayor responded, “We do not make decisions based on the wealthy few.”
The frustration in the business community has now translated into keen support for Mr. McGuire. He received donations from prominent business leaders such as William A. Ackman, chief executive of Pershing Square Capital Management; Danny Meyer of the Union Square Hospitality Group; Steve Stoute, a former record executive turned marketing executive; and Robert Reffkin, a co-founder and chief executive of the real estate brokerage Compass.
Hutham S. Olayan, a member of one of the wealthiest families in the Arab world, gave two donations of $2,500; there were 11 donations from members of the Tisch family and five donations from members of the Lauder family, including maximum donations from Leonard A. Lauder, the philanthropist and chairman emeritus of the Estée Lauder Companies, and his wife, Judy Glickman Lauder; his son William P. Lauder, executive chairman of the Estée Lauder Companies; and his niece Jane Lauder, who is also a high-ranking executive at the firm.
Voters are not likely to be surprised that Mr. McGuire, a Wall Street executive, would turn to wealthy friends to raise money, though progressives could make an issue of it, said Bruce Gyory, a Democratic strategist.
But with so many people vying for the Democratic nomination, including several progressive-minded candidates, it is not clear how much Mr. McGuire’s business ties will damage his chances, especially with ranked-choice voting allowing as many as five candidates to be chosen.