Legoland Is Now Open. Can Residents of Goshen, N.Y. Learn To Live With It? - 2 minutes read 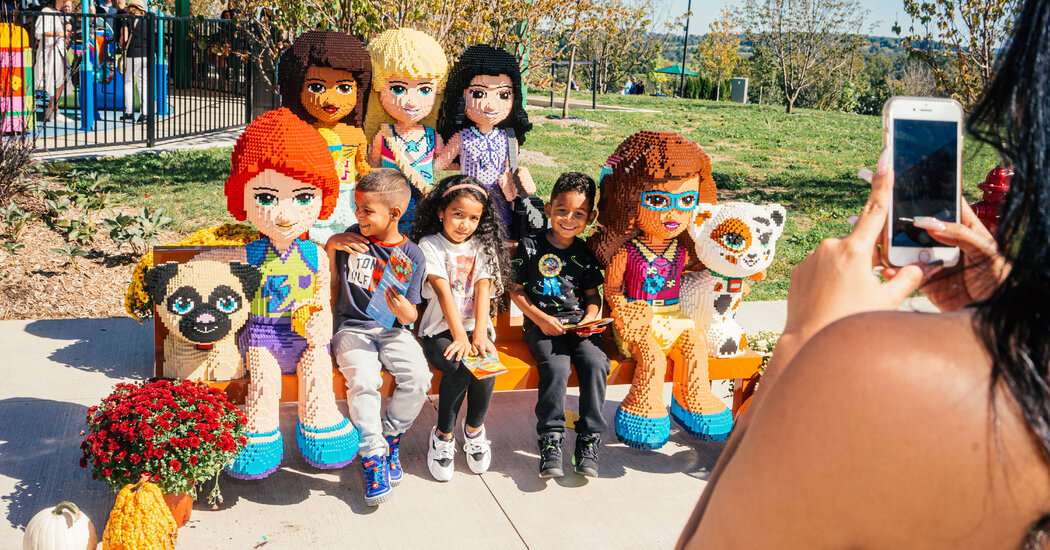 “I want to bring to your attention the division that this project has given our town,” Ms. Tzouganatos said. “We have had neighbor versus neighbor, we have had people on social media destroying each other, not speaking to each other, and it has carried over into our school.” She added, “I don’t know if we’ll be able to heal at this time.”
Two people dressed as Lego characters, holding a cardboard sign that said “LEGO LAND EARTH FIRST!” were escorted out by security.
Supporters said the divisive force was not Legoland, but the protesters.
Stephen Serkes, owner of the restaurant Catherine’s, was one of the park’s prominent supporters. In the spring of 2017, before the project was even approved, the battle of Legoland came to him over an item on his menu: a $14 calorie bomb called the Legoland Burger, made with pulled pork, mac and cheese, bacon, cheese, crunchy slaw and a half-pound beef patty.
When opponents of Legoland picketed outside the restaurant, supporters showed up in force, ordering 100 burgers. Opinions spilled out on the restaurant’s Facebook page:
“Just a stupid move. Tacky and leaving bad taste in many people’s mouths.”
“lol I hate you people. I can’t wait for Lego land to open so all you cry babies leave.”
Mr. Serkes eventually removed the dish from the menu. But the conflict, he said, was a measure of how needlessly negative things had become in town. For three decades, his restaurant had been a place where Goshen residents came together, not a place of division.
“That outfit took it too far, the people who were against Legoland,” he said. “You’re going to slam a local guy about a burger? Picket outside a restaurant because of a burger?”