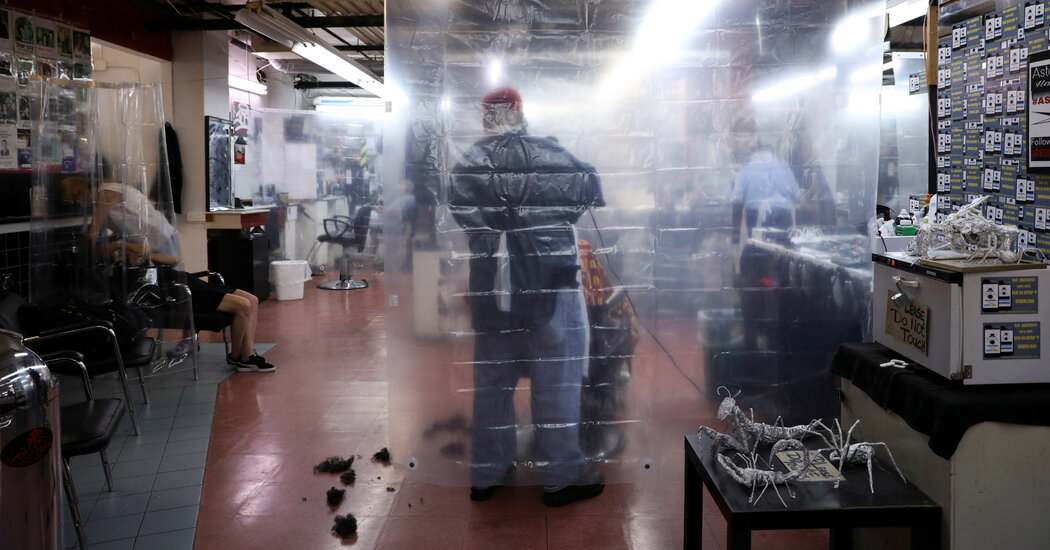 When the moment finally came in late June, New Yorkers indeed returned to the shop for long-delayed grooming — including Mr. de Blasio, who made his haircut a press appearance to celebrate the city’s reopening.

But within days, the flow of customers slowed to a trickle.

The space has been decidedly quieter. Fewer barbers have come to work, and the stations now have plastic partitions to enforce the social distancing required by the state.

The office workers who got a quick midday trim had vanished. Regular customers had left the city, and tourists no longer stopped by hoping that they’d occupy the same seat as one of the luminaries on the barbershop’s walls.

It was clear the business would not recover, Mr. Vezza said.

After news of the shop’s closing spread, Mr. de Blasio dropped by the store on Saturday, offering his cellphone number and vowing to provide assistance. Mr. Vezza said.

Bill Neidhardt, a spokesman for the mayor, confirmed the visit, saying Mr. de Blasio was “looking to save this true New York institution, and is currently in discussions.”

A GoFundMe also sprang up, soliciting donations to help the staff. More than 30 people will probably be out of work by the holidays.

But while he appreciated those efforts, Mr. Vezza said that nothing short of a miracle would stop the barbershop from hanging up its clippers.

“You know, unless you have a vaccine in your pocket that’s going to make things go away tomorrow, nothing is going to change for us,” he said.