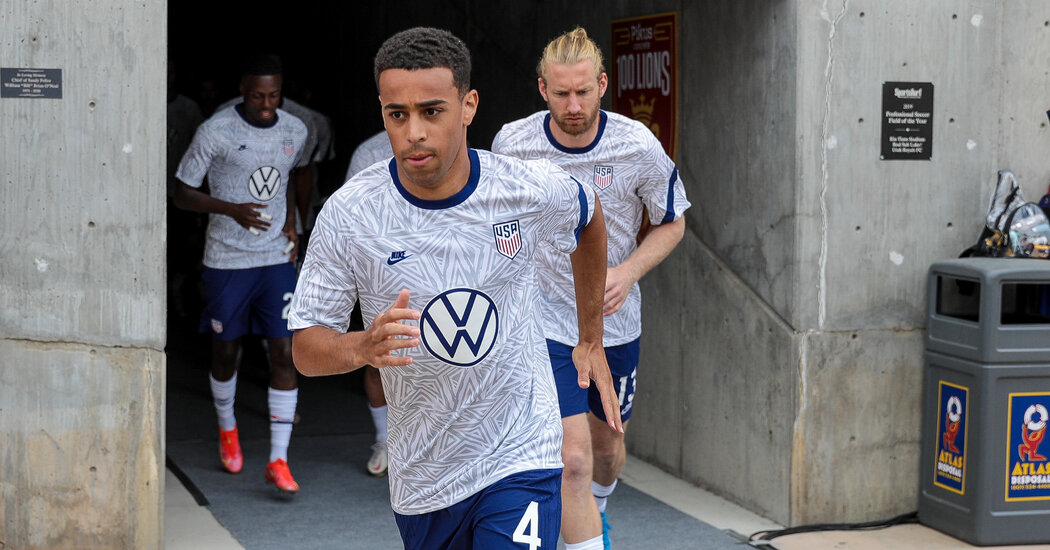 The age of Tyler Adams is a matter of perspective. In a strict, chronological sense, of course, he is 22 years 8 months, but what that means — whether it is young, as it appears to be, or old, as odd as that seems — depends on the context. There are times, in fact, when even Adams finds it hard to date himself with any degree of accuracy.
Sometimes, he is aware of his youth. He shares the locker room at RB Leipzig, for example, with a host of players who joined the club in the lower reaches of German soccer, and remain in place even now that it has become a fixture in the Champions League. “These guys have like 300 appearances,” Adams said. “I look at them and realize how far I have to go.”
Sometimes, his youth catches him unawares. He remembers the night, only four years ago, when the United States lost in Trinidad and Tobago, condemning his nation to the ignominy of missing the World Cup for the first time in 28 years, but purely as a fan, not as a player. “I remember not really knowing what it meant,” he said, the idea of a World Cup without the U.S. too alien to grasp. He had not yet played for his country’s senior team by then. The defeat meant he would be part of a different generation: the one tasked with avenging the failure, not sharing in it.
But then there are the times when he feels much older, when his actual age and what might be thought of as his soccer age begin to diverge. He made his debut early, playing for his first club, New York’s Red Bulls, at only 16. He has been a professional, now, for six years, a milestone others may not reach until their mid-20s. “It’s been longer than it seems,” he said.