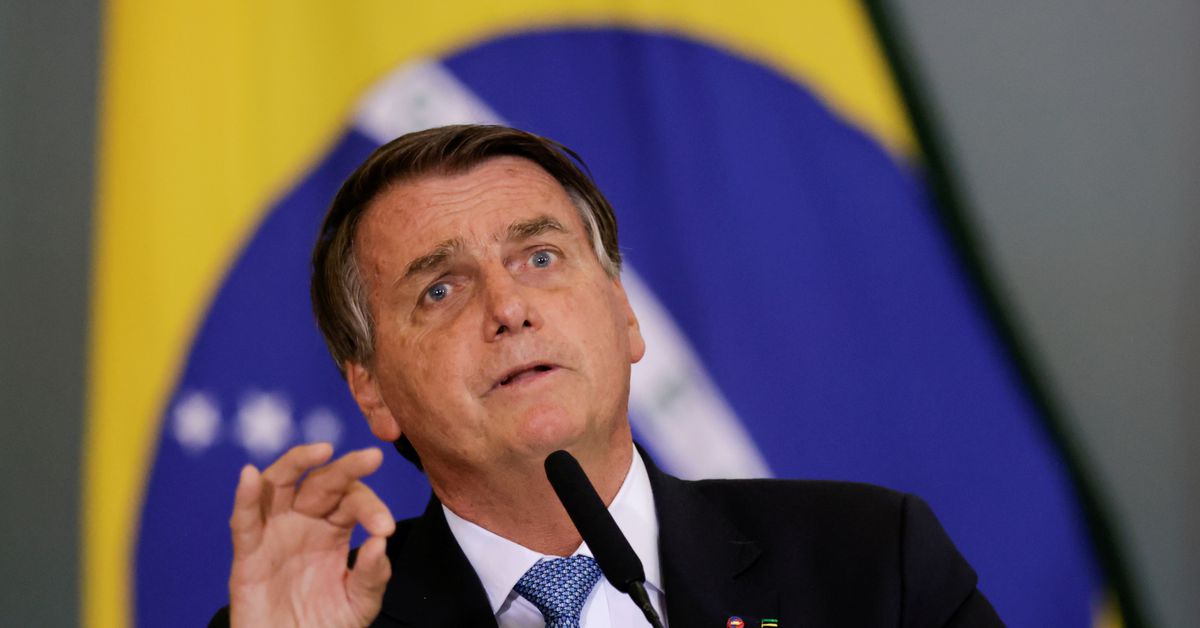 Brazil's President Jair Bolsonaro gestures during the ceremony for the Modernization of Occupational Health and Safety Regulations, at the Planalto Palace in Brasilia, Brazil October 7, 2021. REUTERS/Ueslei Marcelino

SAO PAULO, Oct 10 (Reuters) - Brazilian President Jair Bolsonaro said on Sunday he was not allowed to attend a league match between Santos and Gremio because the home club did not allow unvaccinated supporters into their stadium.

The soccer match was Santos' first with supporters present since the start of the COVID-19 pandemic, but the club insisted it would only permit entry of vaccinated people or those who had a negative PCR test.

"I wanted to watch the Santos game now and they told me you have to be vaccinated," Bolsonaro said in a video posted on the website of the Metropoles news portal. "Why?"

Bolsonaro, who has refused to get vaccinated and encouraged others to follow his lead, claimed he had antibodies because he had already contracted COVID-19.

It was unclear whether Bolsonaro, a keen football fan who spent the weekend near Santos, tried to go to the game or whether his complaint was a general one about the need for what he called "vaccine passports."

A spokesman for Santos said the club had not been approached by the president's team and that all fans must follow the country's sanitary regulations.