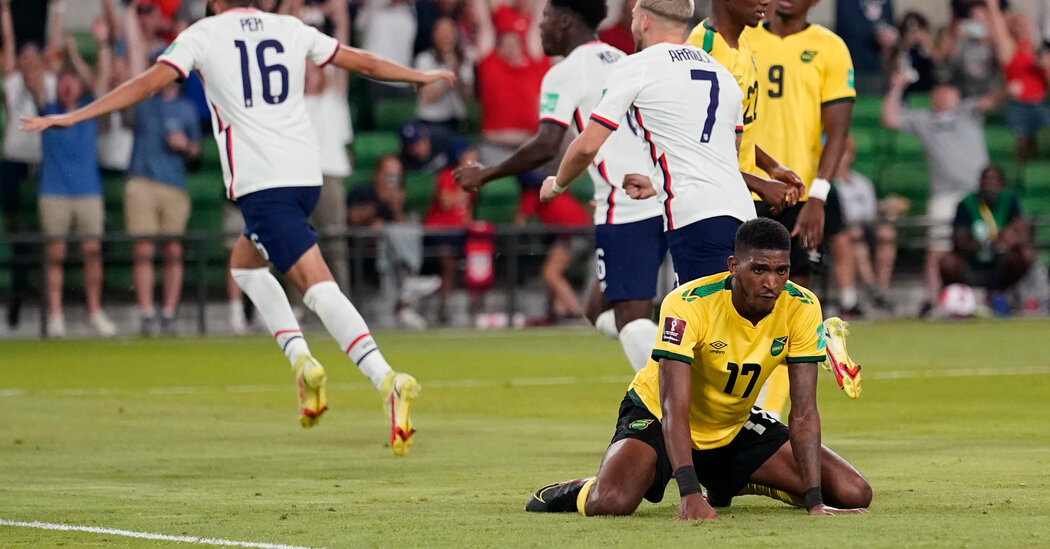 Roofe, for one, has spent some time ruminating on that defeat. “It left a sour taste in the mouth,” he said. His conclusion, though, was not quite as intriguing as a dark conspiracy about outside interference. The problem, in his mind, was time. Or, rather, the lack of it.
Along with the vast majority of the new additions to Jamaica’s squad, Roofe had been prevented from joining his teammates in Mexico. The country was at the time on the British government’s coronavirus so-called red list, meaning anyone who traveled there would have to spend 10 days in quarantine on their return to Britain.
To circumvent that, it was decided that most of the British-based players would skip the game and head instead to Jamaica. As Whitmore and his squad were preparing to face Mexico, Roofe and a half dozen others were being greeted by representatives of the J.F.F. in Kingston and undergoing their mandatory Covid tests.
“It was a strange experience,” Roofe said. “The actual squad was in Mexico, so the rest of us flew to Jamaica, met the staff, got a couple of training sessions under our belts. It was good to meet the other players, but it meant when the rest of the team came back, it was a bit rushed.”
Roofe and the others introduced themselves, had a single training session — focusing, he said, on “a bit of shape and set pieces” — and then, the next day, went out to play Jamaica’s first home game on a road that, the country hopes, will end in Qatar late next year.
“That is the hardest thing in football, having to adapt quickly,” Roofe said. “You’re playing in a team you don’t know, in a style you don’t know, with a manager and players you haven’t met before, and you have to hit the ground running. You can get lucky, and everything just click, but normally it takes a few games.”