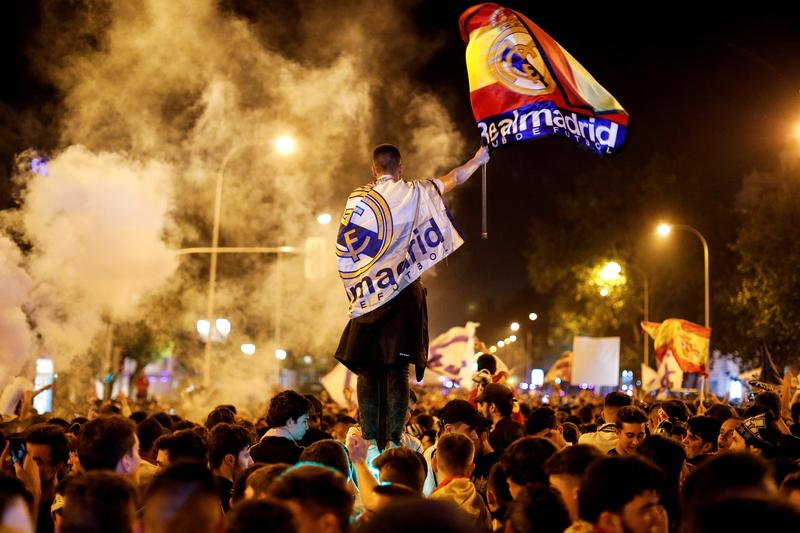 Madrid's city hall is deploying 130 police officers to prevent either Atletico Madrid or Real Madrid supporters from celebrating en-masse in the Spanish capital's centre in the event their team wins the La Liga title on Saturday.

A city hall statement on Thursday said the 130 officers will patrol the two city centre fountains where the two teams typically celebrate trophy wins in order to prevent large gatherings which could lead to the spread of COVID-19.

Atletico, who hold a two-point lead over Real heading into their final game away to Real Valladolid, traditionally celebrate trophy wins at the Neptuno fountain, located 600 metres from the Cibeles fountain, where Real toast titles, although neither side will head there if they capture the title.

City hall spokeswoman Inmaculada Sanz urged supporters to celebrate in their houses or on their balconies and avoid flocking to the centre of Madrid.

Spain ended a national state of emergency earlier this month due to falling coronavirus cases although fans are still barred from attending games in the top two divisions in most regions of Spain.

"The epidemiological situation has improved but the virus is still out there and it's important to make one last effort and stay prudent," Sanz said.